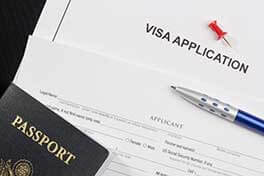 While many immigrants follow all of the proper steps to obtain visas and legally enter the U.S., in some cases, people may commit fraud in an effort to illegally enter the country because they:

When visa fraud occurs and the U.S. government becomes aware of it, the individual who is alleged to have committed fraud will:

Some of the most common ways in which people can commit visa fraud include by:

The specific U.S. immigration laws related to visa fraud include the following: