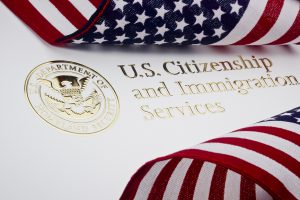 New Executive Actions on Immigration: What Happens Next…

Following the announcement of the new executive actions on immigration, it’s now up to officials at U.S. Citizenship and Immigration Services (USCIS) to start developing protocols, directions, forms and information for the public regarding the initiatives described above. Currently, USCIS officials are advising people to:

If you will be applying for one of the initiatives associated with the new executive actions on immigration and have questions about the process, don’t hesitate to contact the Los Angeles immigration lawyers at the Hanlon Law Group.

At the Hanlon Law Group, P.C., our Los Angeles immigration attorneys have more than 15 years of experience successfully representing clients in various types of immigration and DAPA cases, including those that involve the most basic immigration applications to those associated with extremely complicated federal court litigation.

To learn more about our citizenship, immigration and deportation defense services contact us by calling (626) 765-4641 or (866) 489-7612 or by emailing us using the form at the upper right-hand side of the screen. From our office in Pasadena, we serve clients throughout the Los Angeles area, across the state of California and from around the world.