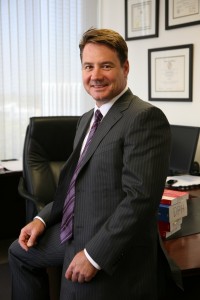 Daniel P. Hanlon is a California State Bar certified specialist in Immigration & Nationality Law, who has been practicing immigration law since 1993.

Daniel P. Hanlon is a California State Bar certified specialist in Immigration & Nationality Law, who has been practicing immigration law exclusively since his admission in 1993. Mr. Hanlon is a founding partner of Hanlon Law Group, P.C. He has argued many important immigration appeals before the United States Court of Appeals for the Ninth Circuit, and successfully challenged INS rulings in the United States District Court for the Central District of California.

Over the past several years, Mr. Hanlon has tried hundreds of cases in Immigration Court involving Requests for Asylum in the United States, Cancellation of Removal, and Waivers of Grounds of Removability.  In addition, Mr. Hanlon frequently litigates complex immigration issues before the US District Courts and on appeals and Petitions for Review before the US Circuit Courts of Appeals. 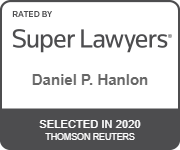 He is a member of the American Immigration Lawyers Association, of which he sits on the Investors Committee. Mr. Hanlon has also appeared as a speaker before the Los Angeles County Bar Association, Immigration Section, on the 1996 immigration law amendments.