What is ‘Exceptional and Extremely Unusual Hardship?

What is ‘Exceptional and Extremely Unusual Hardship? 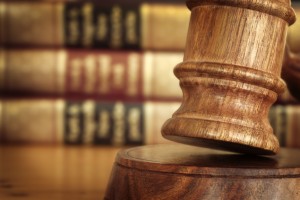 The BIA decided a case last week that tries to delineate the meaning of “exceptional and extremely unusual hardship” for cancellation of removal.

Further developing case law to interpret the meaning of statutory changes brought about by the Illegal Immigration Reform and Immigrant Responsibility Act of 1996 (“IIRIRA”) the Board of Immigration Appeals (“BIA”) decided a case last week that purports to delineate the meaning of “exceptional and extremely unusual hardship” for cancellation of removal. The BIA’s decision in In Re: Aguinaga is marked by a tortured analysis of the “plain meaning” of the words “exceptional and extremely unusual” and a rejection of case precedent interpretation of the same words as used in repealed “suspension of deportation” statutes. The BIA denied cancellation to a 34-year-old father of twelve and eight year-old United States Citizen children, whose parents were both green card holders. The decision leaves us with a vague list of “factors” to be considered in meeting the onerous heightened hardship requirement for Cancellation.

Passing IIRIRA in 1996, Congress eliminated “Suspension of deportation” and created “Cancellation of Removal” as the only relief from removal available to long-term unlawful residents of the US. Where Suspension required that an individual establish his continuous physical presence for seven years, good moral character and that his deportation would cause extreme hardship to himself and/or a legally resident parent, spouse or child, Cancellation is much more restrictive.

To qualify for Cancellation, and individual must establish that he has been continuously present in the US for ten years, has been a person of good moral character throughout that period, and that his removal would result in an “exceptional and extremely unusual hardship” to his legally resident parent spouse or child. Hardship to the person in proceedings is no longer relevant. Ten years is the benchmark for physical presence.

In Aguinaga, the BIA first noted that the statute itself does not define the terms “exceptional and extremely unusual hardship,” and relied on the legal axiom that interpretation of statutory language begins with the “plain meaning” of the words used. The decision quoted Webster’s Dictionary definition of “exceptional” and “extremely unusual” to state that these terms describe a situation in which “the exception to the norm is very uncommon.” In apparent recognition that these definitions offer little to nothing to the analysis, the BIA noted that in 50 years of case precedent interpreting the meaning of the same words in predecessor statutes to the cancellation of removal rule, “reasonable people can agree that the meaning of these terms is ‘clear,’ but come to different conclusions as to their application in various factual situations.”

Turning to the case at hand, the BIA cited the Congressional Record from the drafters of IIRIRA, which stated that the alien must provide evidence of harm to his spouse, parent or child “substantially beyond that which would ordinarily be expected to result from the alien’s deportation.” Neither the Congressional record nor the BIA, however, described what level of hardship they would “ordinarily expect” to result to green card holders and US Citizens from the horrifying reality of their parent, spouse or child’s deportation!

Instead, the BIA identified a list of “factors” to be considered, including the ages, health and circumstances of qualifying relatives, such as elderly parents who are solely dependent on an applicant for financial support; a qualifying child with serious health problems or compelling needs in school; and a lower standard of living in the country of return. Since Mr. Aguinaga’s children, aged 12 and eight, were bilingual and he was a healthy 34 year-old male, the BIA found that the children would not suffer extreme hardship if they relocated with their father to the country of return. Furthermore, the Applicant did not present any evidence of problems with his lawful permanent resident parents’ health or that he or his children shared a special relationship with them. The BIA “presumed” that since there were other brothers and sisters living in the same area, the parents could rely on them for support.

Presently, the INS Trial Attorneys are appealing almost every grant of Cancellation of Removal, to force the BIA to further delineate the boundaries of “exceptional and extremely unusual hardship.” Unfortunately, when an apparently strong case such as Mr. Aguniaga’s is denied on appeal, the INS will argue that cases with “similar” facts should also be denied. Applicants for Cancellation of Removal must make sure that they choose counsel skilled in presenting facts and crafting legal argument to distinguish their case from adverse BIA precedent. As the BIA stated in the case, “reasonable minds may differ” as to what constitutes “exceptional and extremely unusual hardship.”