Earlier this month, officials at U.S. Citizenship and Immigration Services (USCIS) announced that the H-2B cap is now reopen for workers who have a work start date between April 1 and Sept. 30, 2015. 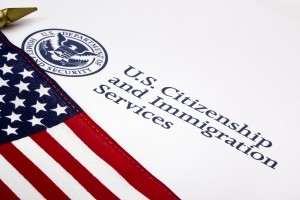 USCIS has announced that it’s reopened the H-2B visa cap, allowing people to apply for these work visas for 2015, a Los Angeles immigration lawyer explains.

This congressionally mandated cap has been set at 66,000, meaning that this is the limit for the number of H-2B work visas USCIS can issue in a given fiscal year.

Although USCIS announced in April that this cap had been reached (and, consequently, that no more applications for H-2B work visas for 2015 would be accepted), USCIS discovered via collaboration with the U.S. Department of State (DOS) that fewer visa requests were actually received this year. As a result, there are still H-2B visas available for 2015, and applications for them are now being accepted until the cap has been filled.

What are H-2B Visas?

H-2B visas allow foreign nationals to work in the U.S. temporarily in non-agricultural jobs for which there is a shortage of American workers. For an H-2B visa to be granted, the petitioner (i.e., an employer) must establish that there are insufficient U.S. workers to fulfill the specific work needs and that the need for this worker is temporary (due to, for instance, the work being seasonal, intermittent or a one-time project/occurrence).

In light of this news, here’s what you should know about filing for an H-2B visa during the second half of 2015:

Do you need help securing a work visa or resolving any immigration issues? If so, you can turn to a trusted Los Angeles immigration lawyer at the Hanlon Law Group, P.C. For more than 15 years, our lawyers have been successfully representing clients in various types of immigration cases, including those that involve the most basic immigration applications to those associated with extremely complicated federal court litigation.