Days ago, officials at U.S. Citizenship and Immigration Services (USCIS) announced that some recipients of Deferred Action for Childhood Arrivals (DACA) would be subject to a recall of their USCIS-issued work permits.

This announcement, which is posted on a banner on the USCIS website and was sent out via email to USCIS subscribers, specifically explained that Employment Authorization Documents (EADs) that had been issued or mailed after February 16, 2015 are subject to the recall.

Why USCIS Issued the Recall 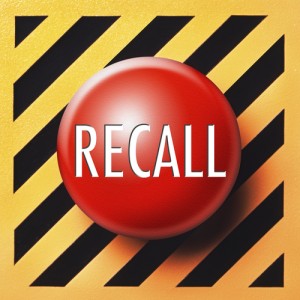 As USCIS explains, this recall has been issued due to the court injunction imposed in Texas v. United States, No. B-14-254, which prevented USCIS from issuing EADs for three-year periods.

According to USCIS estimations, about 2,100 of these invalid three-year EADs were sent out after February 16, 2015. The recall also reportedly impacts about 500 three-year EADs that were issued prior to the court order.

The Next Steps to Take…

So, if you received a three-year DACA work permit after February 16, 2015, USCIS is encouraging you to check if you are impacted by this recall by using its online tool.

If your permit is subject to the recall, “you must return your EAD in person at a USCIS field office, between 9 am and 3 pm Monday through Friday.” USCIS has explained that people who do not return invalid EADs (and who do not have a good reason for this inaction) will have their deferred action “terminated effective July 31, 2015.”

What do you think about this DACA work permit recall? Share your comments and opinions with us on Facebook & Google+.

Do you need help with any immigration issues? If so, you can turn to the Los Angeles immigration lawyers at the Hanlon Law Group, P.C. For more than 15 years, our lawyers have been successfully representing clients in various types of immigration cases, including those that involve the most basic immigration applications to those associated with extremely complicated federal court litigation.