Yesterday, Leon Rodriguez, the director of U.S. Citizenship and Immigration Services (USCIS), went before Congress to testify in the hearing, “Oversight of the Administration’s Misdirected Immigration Enforcement Policies: Examining the Impact on Public Safety and Honoring the Victims.”

Opening up with a number of details about how USCIS administers the Deferred Action for Childhood Arrivals (DACA) program, Rodriguez followed by addressing the agency’s role in preparing for – then halting work on – the immigration executive action. Below are more details on what Rodriguez had to say. 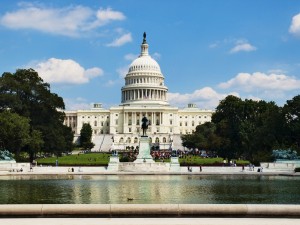 An experienced Los Angeles immigration lawyer takes a look at the recent congressional testimony of USCIS Director Leon Rodriguez on DACA and the immigration executive action.

As Rodriguez explained before Congress, USCIS had a “clear intent to comply fully with the court-ordered injunction” that halted the immigration executive action from proceeding back in February. Specifically, Rodriguez pointed out that, to achieve compliance, the following actions (among others) were taken by the agency:

Rodriguez went on to admit that USCIS had experienced some failures, including not preventing “the release of approximately 2,000 three-year EADs” and remailing “some three-year EADs (approximately 500)… after Feb. 16, 2015.” EADs are Employment Authorization Documents or, in other words, a DACA work permit. The EADs should not have been sent out because the injunction limited them to being issued for two years (not three).

Rodriguez concluded by stating that:

I am confident that USCIS has taken the actions necessary to correct the mistakes and prevent similar issues in the future. I am particularly grateful that our workforce proactively identified the problem and mobilized to address it… USCIS is committed to ensuring the integrity, accuracy and efficiency of its processes… The American people deserve an immigration system that lives up to our heritage as a nation of laws and a nation of immigrants. While DACA serves the dual purpose of the wise use of enforcement resources and fairness, it cannot substitute for comprehensive immigration reform. The Administration and DHS will continue to urge Congress to enact lasting, comprehensive reform. USCIS stands ready to support the implementation of these reforms once they are achieved.

What do think about Director Rodriguez’s testimony – and the hearing in general? Share your comments with us on Facebook & Google+.

Do you need help with any immigration issues? If so, you can turn to an experienced Los Angeles immigration lawyer at the Hanlon Law Group, P.C.