As we recently noted, U.S. Citizenship and Immigration Services (USCIS) recalled approximately 2,600 DACA permits because they had been issued for a 3-year term, rather than a 2-year term. 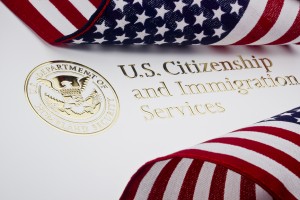 USCIS has accounted for about 99 percent of the invalid DACA permits issued, our Los Angeles immigration lawyers explain. Here are more updates on this recall.

Today, USCIS issued an update regarding this recall, pointing out that 99 percent of the invalid DACA work permits had been returned to the proper authorities and that only 22 of these permits were unaccounted for.

Consequently, USCIS has terminated DACA for the individuals associated with these noon-returned permits as of the end of July 2015. USCIS has also announced that:

For more info and facts about this USCIS DACA permit recall, click here.

Do you need help with any immigration issues? If so, you can turn to the Los Angeles immigration lawyers at the Hanlon Law Group, P.C. For more than 15 years, our lawyers have been successfully representing clients in various types of immigration cases, including those that involve the most basic immigration applications to those associated with extremely complicated federal court litigation.