While President Trump’s administration seems to be doing damage control with Honduran refugees seeking asylum in the United States, and also trying to get a border wall built, did he have some kind of epiphany about the practicality of accepting certain immigrants? 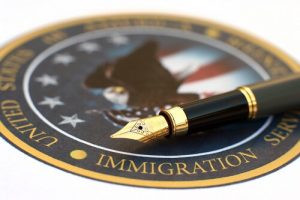 It appears the answer to that question is an unequivocal, YES! President Trump’s welcoming tone came during a tax reform roundtable in Cleveland on May 5, while discussing how the stock market was up 35 percent since he took office.

What Is Trump’s Merit-Based Immigration Plan?

The Trump administration has been working on a merit-based immigration policy called the “Reforming American Immigration for a Strong Economy Act” that assigns points to potential candidates based on desirable factors. The policy is said to be modeled after similar merit-based systems, like those used in Australia and Canada. The following were areas that could be assigned points or deduct points from to help evaluate each immigration application case against:2

The only category other countries do not consider for their merit-based immigration policy is additional family members. The current proposal points to the example of an immigrant bringing a wife along. In which case, if the spouse scored the same as the applicant in all categories, no point adjustment would be made. However, if the score went down for say the wife having no education, then the points would be adjusted so that the applicant’s points totaled 70 percent, whereas the wife’s would be 30 percent.

The Trump administration’s merit-based system would set a significant expectation to countries and foreign citizens seeking to relocated in the United States what are preferred factors used to determine eligibility. Likewise, it would discourage those who may have family members accompanying them.

Have you put off your journey to United States in search of the American Dream? There are still several strategies to look at for employment-based relocation or entry to the U.S. If that is your goal, contact the Los Angeles Immigration Lawyers at the Hanlon Law Group, P.C.

To set up a free initial consultation to see how we can best answer your citizenship, immigration, and deportation defense questions, contact us today by calling (626) 684-3712 or (866) 227-5527 or by emailing us using the form at the upper right-hand side of the screen.

1“Opinion: Trump Drops a Bombshell on Immigration, and No One Bothers to Report It” published in MarketWatch, May, 2018.