Removal Proceedings Under President Trump – What To Do

Removal Proceedings Under President Trump – What To Do

How to Deal with Removal Proceedings in the Trump Era 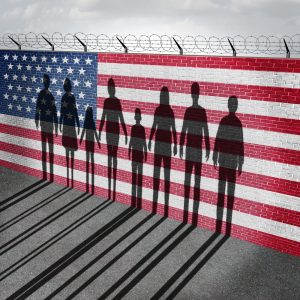 Under the Trump Administration, US Immigration and Customs Enforcement (ICE) has been ramping up prosecution of removal proceedings against non-citizens at record rates. Many of the arrests and the removal proceedings that ensue have come about as a result of worksite raids, detention of recidivist immigration violators and referrals of criminal foreign nationals from State and Local law enforcement. In contrast to the Obama Administration’s more lenient policies toward non-criminal or recidivist immigration violators, we are seeing an alarming increase in the percentage of removal proceedings brought against such individuals. USCIS, the benefits division of the US Department of Homeland Security, has been steadily increasing its rate of denial of applications for adjustment of status. With the denial of these applications, particularly employment-based adjustment of status, the USCIS is almost immediately issuing to the denied applicant a Notice to Appear (NTA) in removal proceedings. The USCIS is brazenly issuing denials on tenuous, and in some cases, patently incorrect, legal bases, leaving applicants and attorneys confused as to what to do next. An applicant for adjustment of status who has been placed in removal proceedings, or “Respondent,” however, may have several legal options and must assert his rights in court in order to properly exercise them.

First, Respondents must understand that they should not panic merely because they have received an NTA. Lesson number one: Do not panic. Having adjustment of status denied or overstaying one’s visa is not a crime. Removal proceedings are civil proceedings, where people can be charged with immigration violations. The worst possible penalty for these violations is being sent home, assuming the Respondent is not eligible for relief from removal and all appeals have been exhausted.

When an individual appears for court as a “Respondent,” he may choose to retain competent counsel to represent him. When the time comes to appear for the first “Master Calendar” hearing, the Respondent must appear, advise the court as to his current address, his or her best language, and whether he desires to have an attorney represent him. The Respondent will be required to plead to the charges in the NTA, usually after appearing with Counsel, and advise the Court as to what relief from removal may be sought. So long as the non-detained Respondent appears in court, he will walk out of court when the hearing is adjourned and return to life as usual. The worst thing a Respondent can do is not appear for a scheduled hearing, which will result in an order of deportation in absentia. Always appear when scheduled. Do not panic!

Next, the Respondent and his attorney must formulate a strategy to pursue before the immigration judge. In many cases where an employment-based application for adjustment of status has been denied by the USCIS, that strategy will involve refiling an I-140 Petition for Immigrant Worker and/or renewing the application for adjustment of status in front of the Immigration Judge. If the strategy is not clear at the time of the first “Master Calendar” hearing, the Respondent’s attorney may request time for attorney preparation. If the Respondent appears without counsel, he may request time to retain an attorney.

If the case involves the refiling of an I-140, the Attorney should be able to obtain a continuance to allow adequate time for attorney preparation. Most Immigration Judges in Los Angeles, for example, would allow a reputable attorney a reasonable period of time for attorney preparation. Assuming a new I-140 has been filed by the time of the next hearing, the Attorney could request additional time for the USCIS to adjudicate the I-140 Petition. The same is true in cases involving denials of I-130 family-based petitions.

Similarly, if USCIS denied the adjustment of status on technical eligibility grounds not related to the I-130 or I-140 Visa petition, the Immigration Judge on a particular case will afford the Respondent and his counsel an opportunity to Brief and argue eligibility based on the facts as they existed at the time USCIS denied the application. The Immigration Judge will apply her independent judgement in reviewing the case and is not bound in any way by any of USCIS’ factual findings or legal conclusions in the removal proceeding.

In most cases, the only option in response to the USCIS’ denial of adjustment of status and the removal proceedings is to fight. Respondents whose applications have been denied must fight for the correct interpretation of the law in the Immigration Courts and perhaps even in the US District Courts, to pursue their application for relief. If the sponsoring employer is not interested or capable of pursuing a new I-140 Petition, perhaps due to economic reasons; then the strategy must evolve to investigate other avenues for relief. Perhaps the Respondent is eligible for cancellation of removal or adjustment of status on an alternate basis.

In any case, the Attorney must lay out the options to the Respondent, explaining the requirements and consequences for each, as well as for the worst possible outcome, deportation from the US. Since the law imposes such strict penalties for deportation, including a ten-year bar to readmission to the US, the Respondent must understand all of his options before making an intelligent decision as to which course of action to take.