Refugee Status May Be Granted to South American Children

Refugee Status May Be Granted to South American Children

Refugee status is one of the options that the Obama Administration and federal legislators are currently considering, as they contemplate various possibilities for trying to slow the huge influx of unaccompanied South American youths entering the U.S. at the U.S.-Mexico border. According to some White House officials, who chose to remain anonymous, granting refugee status is a strong possibility that is being backed by the United Nations. 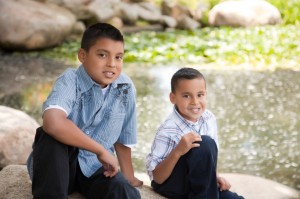 Refugee status is being considering for thousands of unaccompanied South American youths in the U.S. trying to escape violence in their home countries.

How to deal with this influx has been a huge controversy in recent months, as the steady surge of unaccompanied youths from South American countries has created a number of issues. While the Obama Administration has not yet acknowledged that this may be a refugee crisis (as these children and, in some cases, their families are trying to escape violent conflict in their home countries), officials have acknowledged that this is certainly a “humanitarian crisis.” Tragically, the countries that these people are fleeing from have reportedly been overrun by cartels and gangs that are exacting violence seemingly without any repercussions.

According to officials, since October 2013, more than 16,000 South American minors have reportedly entered the U.S. in an effort to escape the violence and sometimes certain death in their home countries.

About 33,000 South Americans total (including minors and adults) have entered the U.S. fleeing this violence since the fall of 2013. Many more seem to be making their way up to the U.S., and officials will need to work out a solution quickly in order to manage this snowballing crisis.

Asylum and Refugee Status in the U.S.

If refugee status (or asylum) is ultimately granted to the South American minors (and adults) who are fleeing persecution in their home countries, these people will be legally allowed to stay in the U.S. – either temporarily or permanently, depending on the terms of the asylum.