Provisional Waiver Eligibility to Be Expanded to All Immigrant Visa Applicants

Provisional Waiver Eligibility to Be Expanded to All Immigrant Visa Applicants 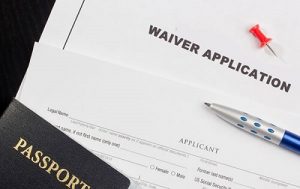 On July 22, 2015, the USCIS published a “Notice of Proposed Rulemaking” in the Federal Registers, seeking public comments on a proposed rule that would expand eligibility for provisional waivers of inadmissibility based on the accrual of unlawful presence.

The proposed rule will expand eligibility to all foreign nationals who in the US, technically ineligible to adjust status, but statutorily eligible for an immigrant visa and for a waiver of inadmissibility based on unlawful presence.

The rule change has been proposed in the interests of family unity and will become effective after the 60-day “Notice and Comment” period has run on September 21, 2015.

As background, more than two years ago, Secretary of Homeland Security Janet Napolitano announced that the USCIS’ “provisional waiver program” for visa applicants facing the “unlawful presence” bar to readmission would be implemented as of March 4, 2013.  The new rule represented a marked change from the previous procedure, which required such applicants to undergo a lengthy and harrowing process to seek a waiver from outside of the US, after their immigrant visa was refused under the three and ten year “unlawful presence” bar.

The new procedure has allowed thousands of individuals who were ineligible to adjust their status to green card in the US to seek a “provisional waiver” of the unlawful presence bar while still in the US, prior to their departure to apply for the immigrant visa abroad.

According to the USCIS Director, “the law is designed to avoid extreme hardship to U.S. citizens, which is precisely what this rule achieves…The change will have a significant impact on American families by greatly reducing the time family members are separated from those they rely upon.”

The “Provisional Waiver” procedure has helped thousands of families avoid lengthy separations and extreme emotional, financial and physical hardships.  Since it was implemented in 2013, however, many thought the program did not go far enough.  Under the 2013 rule, only certain “immediate relatives,” specifically certain parents, spouses and children of U.S. citizens who are in the United States are eligible to request a provisional unlawful presence waiver before departing the US for consular processing of their immigrant visas.

The waiver currently is only available to those immediate relatives whose sole ground of inadmissibility would be the 3 or 10-year bar for unlawful presence.  In order for the waiver to be granted, an Applicant must demonstrate that the denial of the waiver would result in “extreme hardship” to his U.S. citizen spouse or parent.

The Obama Administration expanded the program as part of its Executive Action on immigration initiatives announced in 2014, along with the “Deferred Action for Parental Accountability” (DAPA) program and expansion of Deferred action for Childhood Arrivals (DACA II), however, these programs were not implemented due to the injunction issued by US District Court Judge Andrew Hanen in Texas, which case remains pending at the US Court of Appeals for the 5th Circuit.

More on the Proposed Rule

Under the proposed rule, USCIS may grant a provisional waiver to foreign nationals if they are statutorily eligible for an immigrant visa and for a waiver of inadmissibility based on unlawful presence.

The proposed rule also would expand the classes of people who may be considered a “qualifying relative” for purposes of the extreme hardship determination to include lawful permanent resident spouses and parents.  While the proposed expanded rule is not yet effective, USCIS is expected to announce the date on which foreign nationals may begin to apply for provisional unlawful presence waivers once the final rule is published.

In the meantime, any person who is the beneficiary of an immigrant visa petition but ineligible to adjust status in the US should stay tuned.

Contact a Los Angeles immigration lawyer at the Hanlon Law group for help resolving any immigration issue. Call (626) 684-3712 or (866) 227-5527 or email us using the form on this page. From our office in Pasadena, we serve clients throughout Los Angeles, across California and from around the world.