On Tuesday November 4, 2014, California Voters approved Proposition 47, which brings sweeping changes to California criminal law and procedure that will affect thousands of immigrants facing deportation due to pending and prior criminal cases.  The “Safe Neighborhood and Schools Act,” known as “Prop 47,” reduces certain felony and “wobbler” offenses for simple drug possession to straight misdemeanors, reduces many theft and burglary-related wobblers to straight misdemeanors and retroactively allows most people convicted of felonies under prior law to seek reduction of their convictions to misdemeanors if their crimes would not have been felonies if committed after November 5, 2014, the law’s effective date.   Under Prop 47 rules, immigrants who have are being prosecuted for deportable felonies and wobblers now may be able to avoid convictions that would otherwise render them ineligible for relief from removal and those who have already been convicted may possibly reduce their convictions to misdemeanors and obtain relief from orders of deportation and removal. 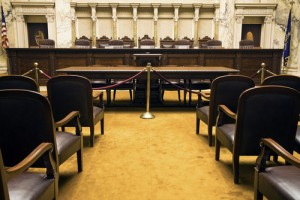 Effective immediately, a new crime “shoplifting” is defined as entering a commercial establishment during business hours with the intent to steal items valued at $950 or less.  Any such crime can no longer be charged as “theft” or “commercial burglary.”  This change is extremely important to the deportation context, since previously even “petty theft” crimes could be charged as “burglaries” and “theft,” raising the specter of deportation proceedings and possibly an “aggravated felony” with no relief if the sentence was one year or longer in jail. Prop 47 also will make forgery of checks, “Non-Sufficient Funds” (unless the person charged has 3 or more priors), “grand theft” and receiving stolen property all misdemeanors, unless the value of the checks or property involved exceeded $950.00.

Certain drug crimes will also receive more favorable treatment as “misdemeanors” under Prop 47.  Simple possession of heroin, cocaine and other listed controlled substances, as well as simple possession of concentrated cannabis or “hashish” are now misdemeanors, as well as simple possession of methamphetamine, ecstasy and GHB.  “Simple possession” generally means the drug was possessed for personal use and not for sale or trafficking to others.  These changes are enormously important, as many “possession” charges could have been classified as “felonies” under California law and considered “aggravated felonies” under the US Immigration law, making a convicted immigrant ineligible for relief.

These rules apply to most defendants, except those previously convicted of certain sexually violent offenses, child molestation offenses, cases of elder abuse and homicide.

The provision of Prop 47 having perhaps the most immediate impact on  deportation cases is the new California P.C Section 1170.18, which permits a person previously convicted and sentenced to a felony that is now a misdemeanor to petition for resentencing under the new misdemeanor provisions. The sentencing court should resentence the petitioner in these cases, unless the person is considered an “unreasonable risk” to commit one of an enumerated list of certain violent crimes in the future. Under Prop 47, a post-conviction redesignation of a felony to a misdemeanor is valid for “all purposes,” including deportation treatment.

Prop 47 is effective now! Immigrants who have been ordered deported, are facing possible deportation due to previous convictions or who are facing pending criminal charges are all impacted by this legislation. Any immigrant fitting in these categories should immediately consult with a California immigration attorney to understand the new law, assess its benefit to his case and strategize accordingly.