Options to Overcome Final Orders of Deportation: Motions to Reopen

Options to Overcome Final Orders of Deportation: Motions to Reopen

For the better part of the past ten years, the USICE and related law enforcement agencies have embarked on an aggressive campaign to apprehend and remove from the United States thousands of immigrants against whom “final orders” of deportation or removal have been entered.  The Trump Administration has only increased enforcement efforts and exacerbated fears among the US immigrant population through haphazard policy focus and sloppy enforcement execution.  To be legally subject to imminent deportation, a person must have had entered against him a final order of deportation of removal by an Immigration Judge (“IJ”) or the Board of Immigration Appeals (“BIA”) with no Federal Court appeals pending.  Once a person finds himself subject to such an order, however, there may be avenues for relief to avoid deportation and possibly obtain lawful status in the US, depending on the facts and circumstances of each case.

Most individuals subject to final orders of deportation have appeared in Immigration Court and were informed of the order for them to either leave the US voluntarily within a specific time frame or be deported, but remain in the US.  A high percentage of people against whom a final order of removal has been entered, however, never appeared in court, and were ordered deported “in absentia.”   In either scenario, it may be possible to seek reopening of the deportation or removal proceedings to rescind the final order of removal, which may then pave the way toward acquiring legal status in the US. 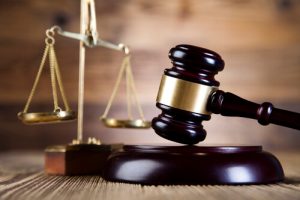 Generally, Motions to reopen removal proceedings must be filed within 90 days of the IJ’s or BIA’s final order.  Only one motion to reopen is permitted. This standard type of Motion to reopen is designed for cases in which new evidence or new eligibility for certain forms of relief from deportation become available after the court issues its order.

When an alien has been ordered deported in absentia, i.e.  without having been present at the hearing, the rules are quite different.  If the individual did not receive proper notice of the hearing, the Motion may be filed at ANY TIME after the order was entered.  If the alien’s failure to appear at the proceeding was caused by “exceptional circumstances,” the Motion to Reopen must be filed within 180 days of the order.   “Exceptional circumstances” is defined as INCLUDING serious illness of the alien or death of a close relative, but not including “less compelling” circumstances. Therefore, certain ailments or circumstances that are not specifically suggested in the statute may also provide a valid excuse for a failure to appear.

Proper service of notice is accomplished by either personal service of a Notice to Appear (“NTA”) (Formerly, Order to Show Cause

[“OSC”]), or if personal service is “not practicable,” then by mail to the alien’s last known address or counsel of record. The BIA has held that Service by mail to the immigrant must be by delivery to the immigrant or some other responsible person at the address provided by him.  If the immigrant did not receive or cannot be charged with having received proper service of the NTA or OSC, the Motion to reopen and rescind the in absentia order may offer relief.  While the Motion to reopen is pending, the order of deportation is also stayed, such that the INS cannot physically remove the alien during that time.

The NTA or OSC warns the alien that he will be ordered deported in his absence if he fails to appear at the hearing.  The IJ cannot properly order the alien removed if he did not receive proper written notice of this consequence. In some case, however, even if the alien received written notice, he may be able to reopen the proceedings if he did not receive oral warnings of the consequences of the failure to appear and new relief has become available to the alien since the order was rendered.

Even in cases where proper service of the NTA or OSC cannot be successfully challenged, or in which the individual appeared in court and was denied relief and ordered deported, it may still be possible to file a motion to reopen the case to rescind the deportation order. In addition to the “no notice” exception to the 90-day rule, there are no time or numerical limitations on Motions to Reopen filed as Joint Motions to Reopen with the agreement of DHS Counsel; Motions to Reopen “Sua Sponte” before the BIA or IJ; and Motions to Reopen for the purposes of seeking asylum where circumstances in an individual’s country of origin have changed dramatically, giving rise to new reasons to seek asylum protection in the US.

To file a Joint Motion to Reopen, generally the attorney for the person ordered removed from the US prepares a written request to DHS counsel, outlining and fully documenting the basis for the request, and explaining why DHS counsel should agree to reopening in an exercise of its prosecutorial discretion.  These cases usually involve non-criminal individuals who may be eligible for relief such as “adjustment of status” through a family-based petition and whose deportation would result in hardship to spouses and children legally residing in the US.  If the DHS agrees to join in the motion to reopen, the person may the adjustment of status for which they were otherwise eligible in the reopened proceedings.

If a joint motion to reopen is not feasible, an individual may still invoke the IJ or BIA’s “sua sponte” authority to reopen his case and have the order of deportation rescinded. “Sua sponte” simply means “on its own accord,” referring to a court’s authority to review decisions it has made on its own motion.  Under applicable regulations, the BIA and IJ may upon their own motion at any time, or upon motion of the Service or the alien, reopen or reconsider any case in which the IJ or BIA has made the final administrative decision in a case. To seek reopening sua sponte, the attorney must be able to demonstrate that some “exceptional circumstances” have arisen since the order of removal was entered. Cases in which “exceptional circumstances” have been found usually involve the availability of new relief from removal, such as adjustment of status based on a family petition and hardships to the individual ordered deported and family members in the US.

To reopen a removal case for the purposes of seeking asylum or renewing an asylum claim in the US, an individual must be able to demonstrate changed circumstances in his country of origin with evidence that is material to the asylum claim and was not available at the prior hearing in deportation proceedings.  Such cases may involve evidence of regime or policy change in the applicant’s country of origin that would adversely affect the asylum applicant if forced to return.

Every case is different, and the number of scenarios under which a Motion to reopen an order of deportation or removal may be feasible are too numerous to mention here.  Even in cases where a motion to reopen is not possible, there may be an option for the immigrant subject to a final order of removal to apply for a visa from abroad by filing an application for advance permission to apply for re-admission (I-212) and a waiver of inadmissibility due to “unlawful presence” (I-601/601A). Any person who is the subject of a final order of deportation should consult a competent attorney with significant experience in these matters.  The attorney should be able to advise as to whether it is possible to reopen the case and have the order of deportation rescinded, or help the immigrant explore any new visa options.