A 45-year-old Lebanese-born man will be spending the next five (5) years in a U.S. prison for reportedly lying to U.S. Citizenship and Immigration Services (USCIS) agents while applying for American citizenship.

Facts of the Case 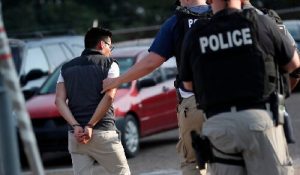 According to a recent USCIS announcement regarding this case, the man was charged with making a false statement to a federal agent and unlawfully attempting to obtain U.S. citizenship.

During the man’s trial, the jury heard evidence that the man, who had come to the U.S. after marrying a U.S. Army soldier, had failed to disclose that:

Additionally, the prosecutors in this case – Assistant U.S. Attorneys Mark Roomberg and Jay Hulings – presented evidence that, in 2009 when the man was applying for U.S. citizenship, he had lied to USCIS officers in stating that he was living with his wife. In fact, at the time, the man and his spouse were estranged and were in the process of getting divorced.

Ultimately, the jury found the man guilty on both charges. The judge sentenced the man to 5 years on each count, with the sentences set to run concurrently.

While this is certainly an extreme case of lying when applying for U.S. citizenship, it does, nevertheless, reveal how important it is for applicants to disclose the complete truth about themselves to USCIS whenever they are seeking a change in their immigration status.