Library of Congress Will No Longer Use Phrase ‘Illegal Alien’

Library of Congress Will No Longer Use Phrase ‘Illegal Alien’

The term “illegal alien” has been a part of the American lexicon for decades. While the phrase was first established by the Library of Congress in 1980 (as“aliens, illegal”), in 1993, it was revised to “illegal aliens” in 1993.

Since then, however, political correctness has seemed to trigger a fading reliance on this phrase. And now, the Library of Congress (LoC) is taking an official stand against this fairly offensive moniker, as the LoC has recently announced that it is retiring or banning the term in favor of “noncitizens” and “unauthorized immigration” (when referring to foreign  individuals who are not documented in the U.S.).

How the Phrase ‘Illegal Immigrants’ Was Targeted for Removal 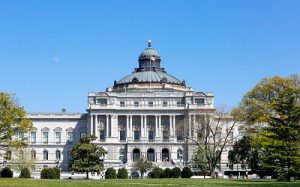 With support from the American Library Association, a group of students known as CoFIRED, the Dartmouth Coalition for Immigration Reform, Equality and Dreamers, has spearheaded the effort to get the Library of Congress to make this significant change to its lexicon.

One student in particular, Melissa Padilla, reportedly headed up this effort in her freshman year as she began an introspective journey about her younger years as an undocumented immigrant.

“I think a university should be free of the racist phrases I heard growing up,” Padilla said of her research that lead her across many entries in periodicals with the phrase “illegal alien.”

While some members of Congress and even the President have been known to use the world “illegal” in speeches and interviews, it is the media that has made strides to push the term into a pejorative context.

“The phrase illegal aliens has taken on a pejorative tone in recent years, and in response, some institutions have determined that they will cease to use it,” the Library of Congress said in an executive summary. “For example, in April 2014 the Associated Press announced that illegal would not be used as a descriptor for any individual.”

1: According to research from the  Pew Research Center