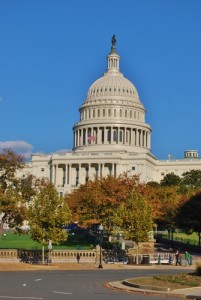 The Legal Immigration and Family Equity Act (LIFE) restores a great deal of fairness to the Immigration & Nationality Act (INA) that was lost in the 1990s.

Despite the risk of sounding somewhat metaphysical in attempting to explain important immigration legislation, the public deserves a straightforward answer to the question: What is LIFE? Signed by President Clinton on December 21, 2000, the Legal Immigration and Family Equity Act (“LIFE”) restores a great deal of fairness to the Immigration & Nationality Act (“INA”) that was lost in the course of politically-fueled immigration reform in the 1990s. LIFE is not “amnesty,” nor does it purport to be. LIFE will benefit hundreds of thousands of people in the United States; however, and therefore, LIFE is good.

The most talked about provision of LIFE is the extension of INA Section 245(i) until April 30, 2001. In the way of history, Congress enacted INA 245(i) in 1994, but with an expiration date of November 1997. The law was extended briefly amidst much controversy in late 1997, with a resulting compromise to “grandfather” individuals whose immigrant visa petitions or labor certifications were filed on or before January 14, 1998, allowing them to file for adjustment of status under INA Section 245(i) once their priority dates become current.

Under the general rule, in order to be eligible for adjustment of status in the United States, a person must (1) have entered the United States legally, (2) currently be in legal status (unless he is the parent, spouse or child of a United States citizen); and (3) have an immigrant visa immediately available, i.e. an immigrant visa petition with a current priority date. Section 245(i) states that persons with ANY immigrant visa petition or labor certification filed on or before January 14, 1998, or persons physically present in the US as of December 21, 2000 with ANY petitions filed between January 15, 1998 and April 30, 2001, will be excused from the legal presence and legal status requirements for adjustment of status.

The three remaining provisions of LIFE will not be effective until the INS creates regulations to implement the laws. There will be a “V” visa available to the spouses and minor children of green card holders, who have been waiting for more than three years for an immigrant visa based on second preference petitions filed before December 21, 2000. Beneficiaries of V Visas will be authorized to work in the US and be protected from deportation. Furthermore, LIFE will extend “K” visa eligibility, previously reserved for fiancées of United States citizens and their children, to the spouses of US citizens and their children, so that they will be able to join their citizen spouse or parent in the United States without waiting for immigrant visa processing. Finally, the law will give certain “late amnesty” class members, i.e. CSS, LULAC and Zembrano applicants, a chance to apply for adjustment of status and will protect their spouses and minor children from deportation while granting work authorization.

In sum, LIFE offers new avenues for relief to many categories of people suffering due to difficult immigration laws or delays in INS processing. While LIFE is not amnesty, LIFE is good.