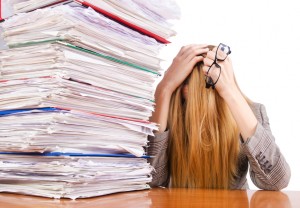 In the midst of the largest backlog of adjustment of status applications, the INS has announced that it will soon conduct an “audit,” causing further delays.

In the midst of perhaps the largest backlog of adjustment of status applications at all INS locations nationwide, the INS has announced that it will soon conduct a sweeping “audit” that will cause further delays. Starting next week, all INS Service Centers and District Offices will conduct an audit of “all pending forms in INS possession.” Such an audit requires that INS officers individually open every physical file in each office and count all pending application forms. While this audit will freeze adjudication of most pending cases, the INS officially announce that it will continue to work on cases where individuals may “age-out” (turn 21 years old) and lose eligibility for green cards.

Across the country, applicants for immigration benefits, and especially green card applicants, are facing staggering delays in the processing of their applications. In Los Angeles, estimated processing time for newly filed applications is three years! This delay, of course, does not include the several-years wait most individuals endured before their priority date became current and they first became eligible to file.

Proposals from Congress, including plans to reorganize the INS into two agencies are too far from becoming reality to affect the current backlogs. Moreover, even if the INS is severed into an adjudications branch and enforcement branch, any resulting improvement in INS processing times will take years to realize. The result of the impending audit could only be to further exacerbate the delays at district offices, causing a virtual shutdown in some locations for at least one month.

The INS justifies the audit on the basis that it will ultimately reduce the backlogs. The INS is funded via the “user fees” paid for each and every application filed to obtain immigration benefits. According to INS, the audit will determine the “dollar value” of unfinished work, which will allow it to draw funding from the “user fee” account to completely reduce the backlog.

Logically, however, the fees for pending cases were paid upon filing the applications, such that INS would have a running total of the “dollar value of work to be performed” at any point in time during which the backlog ballooned. The INS should have realized that as the user fee account grew, so too would its need for additional staff to adjudicate all of the pending petitions. Nonetheless, at the present time, INS delays are longer than ever, and perhaps an audit is required to fix the problem.

Unfortunately, the audit will add to the delays applicants have suffered through over the past several years. Remedies are still available to aggrieved applicants in the form of Federal court actions for mandamus and related injunctive relief. The audit will not excuse inaction on cases that were pending way beyond normal processing times before the audit was even proposed.