Four Kenyan nationals who were convicted of committing immigration fraud, marriage fraud and visa fraud in November 2013 have recently been sentenced to prison for their role in trying to fraudulently obtain rights to legally be in the U.S. 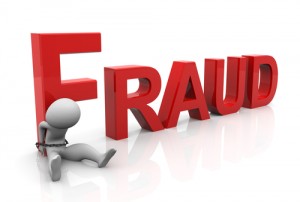 Four Kenyan nationals have been sentenced to prison for orchestrating an immigration fraud and visa fraud scheme, according to the USCIS.

The U.S. Citizenship and Immigration Services (USCIS) takes immigration and visa fraud extremely seriously, and its Office of Fraud Detection and National Security (as well as the U.S. Immigration and Customs Enforcement’s Enforcement and Removal Operations and the Department of State’s Diplomatic Security Service) is dedicated to investigating these incidents and bringing fraud perpetrators to justice.

Facts of the Immigration Fraud Case

According to a press release from the USCIS, officials at the USCIS first became aware of the fraud conspiracy in November 2009 when American women who had been recruited to marry the Kenyan nationals and their family members were detained in Houston as they were on their way to Kenya.

While the women had first told immigration authorities that they were going to Kenya to “see the animals,” these flimsy cover stories quickly fell apart under more intense questioning. In fact, it was soon revealed that:

While the four Kenyans convicted of running this fraud conspiracy have been stripped of their lawful permanent resident status in the U.S., they have all recently been sentenced to prison time, with the sentences ranging from 6 to 16 months in duration. USCIS officials have not disclosed whether the American women involved in this scheme were criminally charged or prosecuted for their involvement.

At the Hanlon Law Group, P.C., our Los Angeles immigration attorneys have more than 15 years of experience successfully representing clients in various types of immigration cases, including those that involve the most basic immigration applications to those associated with extremely complicated federal court litigation.