It pays to know your state’s labor laws. Just ask Ramon, who was mistaken by a former employer for an immigrant. He filed a lawsuit against a California hotel after they allegedly retaliated against him for wanting to take breaks that he wasn’t getting under the California labor code.

“I look Mexican, so they figured I had fake papers, but they are illegally denying workers their rights,” Ramon said.1 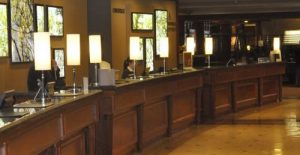 The following details and allegations were collected from a recently published media story:

Have you been wrongly terminated due to retaliation for complaining about some injustice in the workplace? If so, you turn to a Los Angeles immigration lawyer at the Hanlon Law Group, P.C., who you can trust. For more than 15 years, our lawyers have been specializing in immigration employment law to help ordinary people who have become victims of immigration-based discrimination seek the justice they deserve and the compensation that may be owed to them.

To learn more about our immigration-based employment legal services and how we can serve in your defense contact us today by calling (626) 684-3712 or (866) 227-5527 or by emailing us using the form at the upper right-hand side of the screen. From our office in Pasadena, we serve clients throughout the Los Angeles area, across the state of California and from around the world.