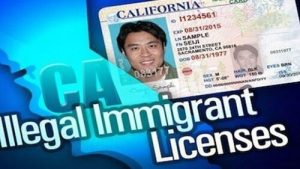 And according to California legislators, the roads are now safer in the state because California Assembly Bill 60 (AB 60) has allowed those without a Social Security number (or other forms of official U.S. documentation) to apply for a driver’s license as long as they can provide proof of:

If you are a foreign national who would like to apply for a California driver’s license under AB-60, here are the valid forms of documentation that can be used to establish California residency when applying:

How to Apply for an AB-60 Driver’s License

Applying for a California driver’s license under the AB-60 guidelines is relatively straightforward, as it generally involves the following steps:

The massive influx of AB-60 applicants has required the state to hire roughly 1,000 temporary workers to help respond to the program’s overwhelming popularity. As a result, the state was forced to also extend the hours of operation at DMV offices and open four new DMV licensing centers.

Officials hope these added measures will reduce lines and wait times. In the big picture, their hope is that providing undocumented foreign nationals with licenses can cut improve roadway safety and reduce traffic crashes (as these individuals will have to become familiar with California driving regulations in order to pass licensing exams).

For experienced help resolving any immigration issue, contact a Los Angeles immigration lawyer at the Hanlon Law Group, P.C. by calling (626) 684-3712 or (866) 227-5527 or by emailing us using the form at the upper right-hand side of the screen.

From our office in Pasadena, we serve clients throughout the Los Angeles area, across the state of California and from around the world.