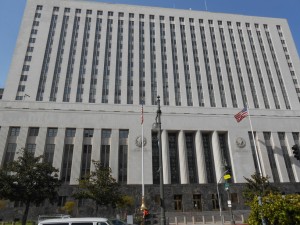 Los Angeles Immigration Attorney Daniel Hanlon can help you with all your immigration needs.

On May 6, 2014, the Obama Administration announced two new rules to attract and retain the highly-skilled workers the US requires to sustain the economic recovery. The first will allow for the H-4 dependent spouses of H-1B “specialty occupation” workers in the US to obtain work authorization for as long as their spouse holds valid H-1B status. The second rule will clarify existing rules relating to Australian E-3 Visa Holders and H-1B1 visa holders from Singapore and Chile to reflect that these statuses allow for automatic work authorization incident to status and do not require separate USCIS work permit; and allow for an automatic extension of work authorization for people in these statuses for up to 240 days while an application for extension of status is pending with the USCIS. Since the 60-day “Notice and Comment” period required for new rule making has already passed, work permits for H-4 status holders should be available imminently.

“Immigration Reform” as in changes in the US immigration laws requiring Congressional action has become more of a sound bite to feed the voracious 24-hour news cycle than a watchword for any coming improvement in the current system. Despite the numerous proposals “launched” in both houses of Congress over the past 6 years, the Congress has done nothing to repair a system that both parties regard as “broken” and the lack of any commitment to fix the system has caused the economic recovery in the US to lag. It appears that the US Congress is broken at this point.

Rather than idly stand by as the US Congress flounders in its own rhetoric, the Obama Administration has taken several steps to lessen the impact of Congress’ inaction on US immigration reform and implement changes at the administrative and regulatory level. Thus far, these have included the Deferred Action for Childhood Arrivals (DACA) program in response to the failure of the DREAM ACT and the implementation of Prosecutorial Discretion initiatives to prioritize the deportation of serious criminals and security threats in the US.

In response to the US Business community’s inability to fill key, highly-skilled positions in the science, technology, engineering and math (STEM) fields, the USCIS announced the two new rules this week. The H-1B program has been suffering under its incredibly obsolete procedures and 1990-based “quota” for the past several years, where the visas are exhausted more than 5 months before the fiscal year for which they are allocated even begins; and within only days of the filing period’s commencement. Thousands of highly capable individuals and small businesses have shunned the US and set up shop elsewhere, because businesses cannot find the workers they need and the H-1B eligible workers themselves decide to go elsewhere, because their highly-skilled spouses cannot even get a work permit while they are holding valid H-1B status.

These necessary changes should take effect within 60 days of the publication or the new rules yesterday, when the “Notice and Comment” period required under the Administrative Procedure Act (APA) expires. Hopefully, the US Congress will notice, but rather than comment, the country needs Congress to act and get to work on fixing the broken US immigration system.