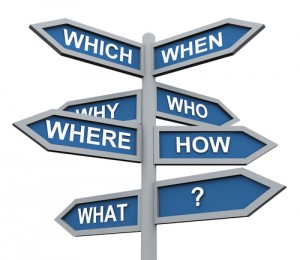 The following addresses some of the most frequently asked questions (“FAQs”) about the new rules for H-1B visas.

In keeping with the recent trend to repeal, addend and amend the United States immigration laws, the “American Competitiveness in the 21st Century Act” (“AC-21”) passed last year has completely revamped the provisions relating to H-1B professional working visas and several aspects of the employment-based immigration process. The changes are, for the most part, extremely favorable to employers and skilled workers alike. In this environment, however, applicants must be certain that their representative has kept abreast of these changes and can give coherent answers to all of their important questions.

The changes to the H-1B rules are too numerous to dissect in one column. Nonetheless, to give H-1B and employment-based green card applicants a head start toward understanding these changes, the following addresses some of the most frequently asked questions (“FAQs”) about the new rules.

What is the annual H-1B limit?
As my readers are already aware, AC-21 raised the annual H-1B visa quota to 195,000 for fiscal years 2001, 2002 and 2003. In addition, the law exempts from the overall count H-1B workers sponsored by Universities and nonprofit and governmental research organizations, which alone could amount to 10,000 visas per year! AC21 also ensures that INS’ previous mistakes in “double counting” applicants for whom more than one petition has been filed are eliminated. Officials estimate that some 3000 to 12,000 visas per year were wasted due to these mistakes.

Are current H-1B holders counted in the quota?
Current H-1B holders are not counted toward the annual limit. The new rule does not count anyone who has been counted in the quota in the last six years toward the cap, unless he is eligible for an additional six years in H-1B status. That usually requires that an H-1B visa holder remain outside the United States for at least one year before reapplying.

Can an H-1B visa holder ever extend status beyond 6 years?
Under the new rules, H-1B visa holders may extend their status beyond six years in two situations. If the employer has filed an I-140, Petition for Immigrant Worker, but the worker cannot adjust status because the priority date is not current, the worker may extend H-1B status until the application for adjustment of status (I-485) is decided. In the other situation, H-1B status may be extended one year at a time for the beneficiary of any employment-based Petition until the adjustment of status application is decided, if more than one year has passed since the filing of the labor certification or I-140.

When can a worker under Petition change employers?
The new rules allow for “portability” of H-1B status. Therefore, an H-1B worker may begin to work legally for a new employer upon the filing of the new H-1B change of employers petition. This applies to Petitions filed on, before or after October 17, 2000, which was the date the new laws became effective. Adjustment of status applicants may also change jobs midstream. If the adjustment of status application has been pending for more than 180 days, the worker may switch to a similar job with a new employer without affecting the validity of the underlying I-140 petition. Therefore, an H-1B worker who has filed for adjustment of status through the same H-1B employer is not bound to his employer until the adjustment of status is decided.

How long will INS take to decide new H-1B and I-140 Petitions?
All H-1B and I-140 visa Petitions are decided at the INS Regional Service Centers. The California Service Center (“CSC”) in Laguna Niguel, California, is probably the busiest of all. Under AC-21, Congress instructed INS to reduce the processing time for H-1Bs to 30 days and the processing time for I-140s and I-485s to less than 180 days. As of this writing, the CSC is taking approximately 70 days to process new H-1B petitions and nearly 90 days for I-140s. Whether the CSC and other Centers will live up to Congress’ instructions into the 21st Century remains to be seen.