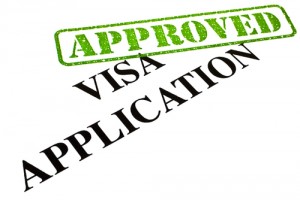 One key program for American companies that require temporary services of non-immigrant workers with professional degrees is the H-1B visa.

U.S. immigration law provides a host of visa alternatives to help individuals gain legal status to work in America. These options include everything from investor-related opportunities to visas for health care workers and L-1 visas for executives. One key program for American companies that require temporary services of non-immigrant workers with professional degrees is the H-1B visa, often used to employ accountants, scientists, engineers and computer programmers, among other professions.

Recent criticism has suggested that the H-1B program has failed to meet the needs of U.S. employers and requires reform. The U.S. Citizenship and Immigration Services (CIS) recently proposed new rules that would streamline the petition process for this economically beneficial and popular work visa option. Employers would be able to file preliminary electronic registrations and avoid the significant effort of a full application until it is determined that H-1B visas are available under the annual quota.

In 2009, the CIS received nearly two applications for every slot available, and while demand has slowed in the past two years during the economic downturn, the annual limit of H-1B is usually reached well before the close of the fiscal year, leaving a “gap” in visa availability until the following year. Certain types of applicants are exempt from the basic cap on H1-B visas, including people with advanced degrees from U.S. institutions or applicants for jobs in specific settings like government research laboratories. The current level is 65,000 visas for non-exempt applicants, but this figure has been much higher in previous years.

Political pressure has kept this number low, and the American Immigration Lawyers Association (AILA) has called for a significant increase in H1-B visa caps. “What happens when the economy is booming? How many businesses will have to go without specialty knowledge? Under the current cap, it could be tens of thousands. It’s time to change the H-1B visa process,” said AILA Executive Director Crystal Williams.

Immigration Lawyers Inform Clients About All of Their Options

Quotas are also imposed on other temporary visas such as H-2A visas for seasonal workers and H-2B visas for temporary seasonal workers, but individuals may have other options. A California immigration attorney can explain other types of non-immigrant visas that are not capped like H visas and may still serve a person’s needs, including E visas or TN visas.

Another key aspect of the H-1B visa is its “dual intent” designation, meaning that a non-immigrant recipient can pursue a green card and permanent residence in the interim. The overlapping complexities of the many employment-based immigration options available can be much easier to understand with dedicated representation from an experienced employment visa lawyer.