A Helpful Guide to Foreign Adoption & the Related Immigration Issues

A Helpful Guide to Foreign Adoption & the Related Immigration Issues 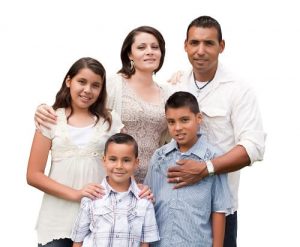 Adopting a child from a foreign country is becoming more of a mainstream practice in the U.S. In fact, last year, well over 5,600 children from foreign countries were adopted by Americans and brought into the U.S. This makes foreign adoptions nearly as popular as domestic adoptions.

That being said, however, the process of adopting a child from another country can be complicated – particularly when it comes to securing an immigration status change for that child. To try to clear up some of the immigration issues that can surround foreign adoptions, below, we have provided an overview of some of the most important things to understand about this process.

When planning to adopt a child from overseas, generally, there are three different sets of laws that will come into play:

Regardless of the specifics of these laws, however, there are typically two main ways of adopting a child from a foreign country: the Hague method and the orphanage method.

This method stems from the Hague Adoptive Convention, an international treaty designed to provide a high-level of safety to children, birth parents, and the adopting parents all involved in the adoption process. Here’s how a Hague adoption typically proceeds:

Only U.S. citizens who are at least 25 years old can take part in the Orphan process. Those who are married must have their spouse also take an equal part in these types of adoptions. Here’s how an Orphan adoption process typically proceeds:

Adopted children who come to the U.S. and have already received an IR-3 or IH-3 visa automatically gain citizenship if they arrive in the U.S. before their 18th birthday.

The Home Study aspect of the foreign adoption process is mandatory and typically involves:

There are separate Home Study processes for the Hague method of adoption and a different process for orphanage adoptions.

Once you have done a Home Study and you are clear to move forward with your adoption search for a child, you’ll need to find an appropriate Adoption Service Provider (ASP). The U.S. Department of State provides a list of certified and accredited ASPs to choose for the appropriate country of origin that you plan to adopt from.

For effective help resolving any immigration legal issue, contact a Los Angeles immigration lawyer at the Hanlon Law Group, P.C. by calling (626) 684-3712 or (866) 227-5527 or by emailing our firm via the contact form on this page.

From Pasadena, we serve clients throughout the Los Angeles area, across the state of California and from around the world.