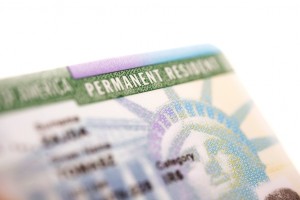 Denaturalization refers to the process of revoking a person’s citizenship in the U.S. and, in many cases, deporting that individual. Despite the fact that U.S. Citizenship and Immigration Services (USCIS) doesn’t commonly take this type of action against people, it is, nevertheless, possible and more likely to occur in certain situations.

When this type of action is being brought against you, make sure you work with the experienced Los Angeles immigration attorneys at the Hanlon Law Group to:

The specific reasons that USCIS may initiate denaturalization proceedings against a person include that the individual is suspected to have:

The best defense to the possibility of denaturalization will generally depend on:

In general, however, some possible defense arguments against denaturalization can include (and are by no means limited to):

The bottom line is that, if you or a loved one is facing the possibility of denaturalization, it will be critical that you work with the trusted Los Angeles immigration lawyers at the Hanlon Law Group for the best chances of retaining your citizenship and avoiding deportation.

At the Hanlon Law Group, P.C., our California immigration law firm has more than 15 years of experience successfully representing clients in various types of immigration cases, including those that involve the most basic immigration applications to those associated with extremely complicated federal court litigation. Our firm offers state-of-the art technology to deliver these services efficiently while also providing each of our clients with old-fashioned personal service. That means you can count on your case progressing as quickly as possible while feeling confident that your Hanlon Law Group lawyer will answer your questions quickly, clearly and honestly.

To learn more about our citizenship, immigration and deportation defense services contact our Los Angeles immigration attorneys today by calling (626) 684-3712 or (866) 227-5527 or by emailing us using the form at the upper right-hand side of the screen. From our office in Pasadena, we serve clients throughout the Los Angeles area, across the state of California and from around the world.