As the 5th Circuit U.S. Court of Appeals in New Orleans focuses on ruling on the blocked immigration executive action, taking a step back from the controversy to see just how immigration reform could help the U.S. economy can be helpful.

In fact, the American Action Forum (AAF), a conservative think tank based in D.C., as well as the White House and others, have published information revealing just how immigration reform could be economically beneficial to the U.S. This blog series will focus on pointing out some of the benefits noted by these parties.

While the discussion herein can offer some insights you may not be aware of regarding immigration reform, don’t hesitate to contact the experienced Los Angeles immigration lawyers at the Hanlon Law Group when you need the best representation and experienced help resolving any immigration issues.

How Immigration Reform May Benefit the American Economy

1 – By reducing the federal deficit over the next decade 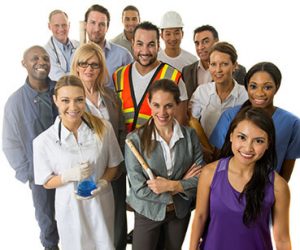 In fact, researchers at the AAF have estimated that, if meaningful, effective immigration reform could be enacted, the federal deficit could be reduced by as much as $2.5 trillion over the next 10 or so years.

2 – By preventing the U.S. from having to pay deportation costs

If the immigration executive action remains permanently blocked and the 11 million or so undocumented immigrations who are currently residing in the U.S. are not able to obtain the deportation relief they need, the costs of deporting these immigrants would be:

It’s important to note that these costs only reflect the expenses associated with removal; they do not include the costs of lost productivity the U.S. economy could face if such a significant portion of the work force is deported.

It’s probably not news to you that the Social Security program will be insolvent in the near future. However, what may be surprising is to find out that immigration reform could actually play a role in reversing this insolvency, as there would be a lot more legal U.S. workers able to contribute to the Social Security fund. In fact, as the AAF notes, undocumented workers are already contributing about $15 billion annually to U.S. Social Security.

Don’t miss the upcoming conclusion to this blog series for our continued discussion regarding how immigration reform may benefit the U.S. economy.

As we have noted in one of our previous blogs, the White House has pointed out that:

Well, the report from the American Action Forum (AAF) seems to back this up, as it notes that even some of the most major U.S. tech firms – including Yahoo! – have been started by foreign-born entrepreneurs in the U.S.

5 – By significantly boosting the U.S. GDP

As AAF researchers have found, if meaningful immigration reform were to be enacted in the U.S. and millions of undocumented workers were able to gain citizenship/legitimacy of their legal status in the U.S., the nation’s gross domestic product (GDP) could be boosted by about $410 billion over the course of the next decade.

Additionally, the AAF report notes that immigration reform could actually open up more visa opportunities for major tech companies – including both Microsoft and Google.

6 – By boosting wages for U.S.-born workers

According to the Brookings Institution, the wages of workers born in the U.S. could increase by as much as 0.6 percent if meaningful immigration reform is enacted, as:

According to a 2007 White House report on immigration and the benefits of immigration reform, immigrant-owned businesses are responsible for the creation of about 4.7 million new jobs annually.

Some critics of immigration reform have pointed out that the significant costs of offering public benefits to about 11 million undocumented is a big reason to not move forward with Obama’s proposed deportation relief (via the immigration executive action).

However, according to research from the Congressional Budget Analysis, while providing the benefits associated with immigration reform would cost an estimated $23 billion, these workers would generate about $48 billion – more than double the costs of benefits.

What do you think about this list of potential benefits of immigration reform? Share your comments and thoughts with us on social media – and contact our Los Angeles immigration attorneys when you need experienced help resolving your immigration issues.

Do you need help resolving any immigration issues? If so, you can turn to the Los Angeles immigration attorneys at the Hanlon Law Group, P.C. For more than 15 years, our lawyers have been successfully representing clients in various types of immigration cases, including those that involve the most basic immigration applications to those associated with extremely complicated federal court litigation.