Resuming Experts Note 8 Ways Immigration Reform Could Help U.S. Economy (Pt. 1), here, we will continue to highlight just how meaningful immigration reform could be significantly beneficial to the nation.

More Ways Immigration Reform Could Help the U.S. Economy, According to Researchers 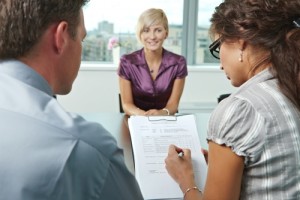 As we have noted in one of our previous blogs, the White House has pointed out that:

Well, the report from the American Action Forum (AAF) seems to back this up, as it notes that even some of the most major U.S. tech firms – including Yahoo! – have been started by foreign-born entrepreneurs in the U.S.

5 – By significantly boosting the U.S. GDP

As AAF researchers have found, if meaningful immigration reform were to be enacted in the U.S. and millions of undocumented workers were able to gain citizenship/legitimacy of their legal status in the U.S., the nation’s gross domestic product (GDP) could be boosted by about $410 billion over the course of the next decade.

Additionally, the AAF report notes that immigration reform could actually open up more visa opportunities for major tech companies – including both Microsoft and Google.

6 – By boosting wages for U.S.-born workers

According to the Brookings Institution, the wages of workers born in the U.S. could increase by as much as 0.6 percent if meaningful immigration reform is enacted, as:

According to a 2007 White House report on immigration and the benefits of immigration reform, immigrant-owned businesses are responsible for the creation of about 4.7 million new jobs annually.

Some critics of immigration reform have pointed out that the significant costs of offering public benefits to about 11 million undocumented is a big reason to not move forward with Obama’s proposed deportation relief (via the immigration executive action).

However, according to research from the Congressional Budget Analysis, while providing the benefits associated with immigration reform would cost an estimated $23 billion, these workers would generate about $48 billion – more than double the costs of benefits.

What do you think about this list of potential benefits of immigration reform? Share your comments and thoughts with us on social media – and contact our Los Angeles immigration attorneys when you need experienced help resolving your immigration issues.

Do you need help resolving any immigration issues? If so, you can turn to the Los Angeles immigration attorneys at the Hanlon Law Group, P.C. For more than 15 years, our lawyers have been successfully representing clients in various types of immigration cases, including those that involve the most basic immigration applications to those associated with extremely complicated federal court litigation.