One of the latest nations from Central America to be granted a Temporary Protected Status (TPS) extension from Secretary of Homeland Security Jeh Johnson is El Salvador. This essentially gives El Salvador’s nationals (as well as those who last resided in that nation) an additional 18 months of extended stay in the U.S., even if their visas are about to (or already have) expired.

Those in the U.S. who are from El Salvador and who wish to take advantage of the TPS extension have deportation relief from Sept. 10, 2016 to March 9, 2018. However, they must apply for this TPS status or re-register their current TPS designation during a special 60-day registration period that will be open through Sept. 6, 2016.

What Legal Rights or Benefits Are Granted by the TPS Designation? 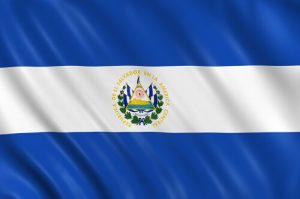 According to the U.S. Citizenship and Immigrations Services (USCIS) website, El Salvadorans will get the following benefits by applying for or re-registering for TPS:1

Why TPS Has Been Extended for El Salvador

El Salvador acquired its independence from Spain in 1821 and again in 1839 from the Central American Federation. Nearly 100,000 people in El Salvador lost their lives in a brutal and bloody 12-year civil war that ended in 1992, when leftist rebels signed a peace treaty for political and military reforms.

As economic conditions continued to mount in the early 1990s, followed by earthquakes in 2001 and Hurricane Mitch in 1998, emigration to the U.S. began to escalate. Today, nearly 20% of El Salvador’s population lives abroad. In fact, approximately 20% of the country’s GDP is sent from abroad home.

If you need experienced help avoiding deportation or removal from the U.S. – or help securing any immigration status change in the U.S., it’s time to contact a Los Angeles immigration lawyer at the Hanlon Law Group, P.C. You can call us at (626) 684-3712 or (866) 227-5527 or send our firm an email via the contact form on this page.

From offices based in Pasadena, our legal team assists clients throughout the Los Angeles area, across the state of California and from around the world. Additionally, we provide immigration legal services in various languages, including in Spanish, Mandarin, Cantonese, Vietnamese, Korean, Japanese, Bahasa Indonesian, Tagalog and Fukienese.