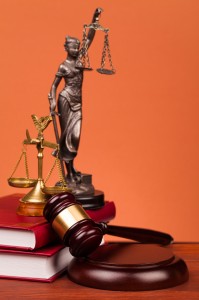 Government may soon address Immigration Reform, as the debate over border enforcement and undocumented foreign nationals has reached a boiling point.

The long wait for the Federal Government to address Immigration Reform may be coming to a close, as the debate over the need for reform for border enforcement and the manner in which to deal with the 15 million or so “undocumented” foreign nationals already in the US has reached a boiling point. Although multiple proposals for immigration reform, from single-issue legislation to “Comprehensive Immigration Reform” (CIR) have been introduced in Congress over the past several years, each proposal has met several roadblocks in Congress resulting in no change. With the enactment of Arizona’s controversial SB-1070 purporting to allow that State’s law enforcement to regulate immigration and the US District Court’s injunction issued last July 28, 2010 to derail it, the Federal Government, either through Congress’ regular lawmaking authority, or by administrative policy change, must now address the immigration issue head on.

Over the past seven years, numerous proposals have been introduced in both the House of Representatives and the Senate to address immigration issues ranging from border security and enforcement to a path to legalization for the 15 million or so “undocumented” foreign nationals already residing in the US. Among them, the Development, Relief and Education for Alien Minors (DREAM) Act, which would allow for the legalization of certain aliens brought to the US as minors, provided they meet certain long-term residency and good moral character requirements, as well as intend to complete college or military service in the US.

The Uniting American Families Act (UAFA) introduced in 2009, would provide a repeal of certain outdated portions of the Immigration & Nationality Act (INA) of 1952, which remains the statutory backbone of the entire US immigration Law. Under UAFA, spouses of lawful permanent residents would be classified the same as spouses of US citizens and “permanent partners” of green card holders and residents would also be entitled to benefits.

On December 15, 2009, Representative Luis Gutierrez (D-IL) introduced the “Comprehensive Immigration Reform for America’s Security and Prosperity Act (CIR ASAP) in the U.S. House of Representatives. In keeping with the Obama Administration’s campaign promise to bring badly needed immigration law reform to the table early in its first term, the CIR ASAP proposes sweeping changes to the broken US immigration system that will help to protect the borders, protect US workers, unify families and legalize the status of millions of “undocumented” immigrants already in the US. Although the bill’s name was designed to urge Congress to act swiftly, CIR ASAP: “As Soon As Possible,” this has not occurred and the bill has basically stalled in the House of Representatives.

Another proposal to overhaul the entire Immigration & Nationality Act is the Real Enforcement and Practical Answers for Immigration Reform Act (REPAIR) which would restructure the entire immigration system as it currently exists under the INA. This proposal would increase border security, include a path to legalized status for most undocumented people, and acknowledge permanent partners as relatives for immigration benefits.

Although these and other proposals have been introduced on Congress, both the Senate and House have consistently avoided dealing with the Immigration issue. Most of the avoidance is due to the obvious political explosiveness of the immigration debate and many politicians on both sides are more concerned with getting reelected than addressing this important issue. Other issues, such as the Health Care Reform and Financial Regulation were accorded Congressional priority over the immigration debate, and the Gulf of Mexico oil disaster also diverted Federal attention from the immigration debate for several weeks this summer.

With Arizona’s failed attempt to criminalize certain immigration violations under State law and its appeal of the Federal Court’s order striking down most of the provisions of its new law, Immigration has become the hottest topic on Capitol Hill. Just as the Federal Court issued its order striking down the Arizona law, an unknown source inside the Department of Homeland Security leaked an undated draft memorandum by USCIS Director Alejandro Mayorkas, encouraging the agency’s use of administrative and policy initiatives to promote family unity, foster economic growth and remove the unwarranted threat of removal against non-dangerous individuals present in the US without permission, in the absence of real legislative reform.

The memo, which has been widely distributed on the internet, ignited a fury of exaggerated accusations from the far right in Congress and has apparently emboldened some to take a most offensive position with respect to the immigration debate. As the Administration denied that the memo, which was still in draft form when leaked and obviously incomplete, was an indication that the Obama administration was endorsing a “de facto” amnesty program, Republican Members of Congress attempted to portray the memo as such and announced that they would promote a repeal of the 14th amendment’s guarantee that all persons born in the US are citizens hereof, is the person’s parents were here illegally.

Never in the past 142 years since the 14th amendment was written has any Congressperson taken such a wildly controversial and patently offensive stance on immigration as to suggest that the 14th amendment; added to the Constitution to acknowledge that any person, including former slaves, were guaranteed citizenship if born in the US, should be repealed to punish the unwitting and unborn children of undocumented immigrants.

The mere notion that repealing the 14th amendment; the beacon of freedom in our Democracy, which guarantees the right to due process among other things, would appeal to anyone in Congress in 2010 is disturbing. From a political standpoint, however, those Republicans in Congress who support such an amendment will likely rue the day they got behind this initiative, because most people will view this suggestion as having gone way too far. Such a polarizing and fundamentally offensive stance on immigration is sure to be met with a swift and harsh response from the administration and the vast majority of moderates in Congress, potentially propelling meaningful, common sense and fair immigration reform to the center stage in 2010 or early 2011.