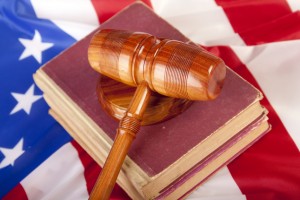 For immigrants in the US concerned about deportation and removal, news regarding the Deferred Action for Childhood Arrivals (DACA) program is welcome.

For immigrants in the United States who are concerned about deportation and removal, recent news regarding the Deferred Action for Childhood Arrivals (DACA) program is a welcome development. While Congress has never managed to pass the DREAM Act, the current administration has taken executive action to implement a new policy that benefits young immigrants who moved to the U.S. when they were children.

DACA began on August 15, 2012, as an answer to Congressional lethargy on immigration reform and its repeated failure to pass the DREAM Act. The administrative policy reform came as a welcome surprise to those it will benefit, who had all but given up hope to attend college in the U.S., get a degree and fulfill their dreams in America. There are an estimated 1,000,000 people living in the U.S. who may potentially qualify for Deferred Action Status (DAS) under this new policy initiative. However, some reports suggest that many are waiting to see what will happen in the November election for fear that Mitt Romney, if elected, could cancel the program and use information provided to attempt to deport applicants.

The program, which was announced last June and went into effect on Aug. 15, provides DAS and work authorization to immigrants who arrived in the U.S. before their 16th birthdays and were under the age of 31 on June 15, 2012. The person must have continuously resided in the U.S. for five years prior to that date and must be present in the country to file for consideration.

DAS and work authorization can be granted if the person originally entered the U.S. illegally, but also is available to those whose previous lawful immigration status has expired. The person must currently be in school, have a high school degree, certificate of completion or general education development (GED) certificate, or must be an honorably discharged veteran of the U.S. Coast Guard or the Armed Forces.

Another important factor that the USCIS will consider in granting DAS applications is the person’s criminal record. Those who have been convicted of a felony, a significant misdemeanor, or three or more other misdemeanors are not eligible. The program also excludes anyone who is shown to “pose a threat to national security or public safety.”

The Department of Homeland Security has cautioned immigrants who want to apply for a DAS to beware of scams by notarios or other consultants who promise more than the program will deliver. Experts predict that USCIS will have received over 200,000 DACA Applications by November 6, 2012, the date of the Presidential election when voters will choose between President Obama and Republican candidate Mitt Romney, who has failed to clearly state his position on the DACA program and related immigration issues.

A deportation and removal defense attorney can explain the latest developments regarding Deferred Action for Childhood Arrivals, advise applicants about their eligibility, and help them file all necessary forms and documentation. For those who qualify, DAS can mean a gateway to a better education and future qualification for work authorization.