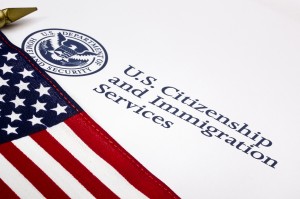 On August 15, 2012 the USCIS began accepting applications for Deferred Action for Childhood Arrivals (DACA) and accompanying requests for work authorization.

On August 15, 2012 the USCIS began accepting applications for Deferred Action for Childhood Arrivals (DACA) and accompanying requests for work authorization, pursuant to the Obama Administration’s promise to accord Deferred Action Status (DAS) and work authorization for people who would otherwise have been eligible under the ill-fated “DREAM ACT.” Over the past 5 days, the USCIS has seen an unprecedented influx of new applications, especially since the new forms designed for DACA applications were just released on August 14, 2012. There are an estimated 1,500,000 people living in the US who may potentially qualify for DACA benefits under this new policy initiative, however, and USCIS is undertaking to ramp-up staffing

Continuing with a theme of directing the DHS to exercise its “prosecutorial discretion” in cases involving low law enforcement priority immigrants launched in 2011 with the “Morton Memo,” the DACA Program extends benefits not only to people currently facing deportation in Court, but also will extend to young immigrants who have not yet been placed in removal proceedings. On a case-by-case basis, the Napolitano initiative will make eligible for DACA benefits individuals who: (1) Came to the US under the age of 16; (2) have continuously resided in the US for at least 5 years preceding June 15, 2012 and remain present in the US; (3) are currently attending school, have already graduated high school or obtained a GED, or are honorably discharged veterans of the US armed forces or Coast Guard; (4) have not been convicted of a felony offense, a significant misdemeanor offense, multiple misdemeanor offenses or otherwise pose any threat to national security or public safety; and (5) are not yet 31 years old. Applicants may not apply until they are at least 15 years of age.

Any application made for benefits under this program, which include DAS and work authorization, will require extensive, verifiable documentation that all criteria are met. DHS has stated that it cannot guarantee that all requests for DACA will be granted and has made clear that DACA is not an amnesty, legal status, or path to Citizenship and confers no other legal rights. USCIS has announced that the fee for DACA benefits is $465.00 and including work authorization.

The new process is effective immediately, such that individuals in removal proceedings may seek DAS for a period of two years, with possible renewal, and have their cases terminated. DHS has indicated that further guidance will follow, with the program expected to be fully implemented by August 15, 2012. Individuals who believe they may qualify for DACA benefits should be gathering their documentation and consult with competent counsel before submitting any application or documentation to DHS regarding their immigration status in the US.