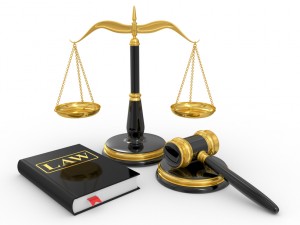 In what might have been his last opportunity to pass important immigration legislation, President Clinton signed S. 2045 and H.R. 5362 into law on Tuesday, October 17, 2000. The two bills raise the H-1B cap to 195,000 among other improvements, and raise the INS filing fee by $500.00. While most of the new provisions are effective immediately, the fee increase will not take effect until December 17, 2000.

The new law exempts certain workers from the cap altogether. Persons to be employed on H-1B status for higher educational institutions, affiliated non-profit entities and individuals employed by Governmental and nonprofit research organizations are not counted against the cap. The INS is also not allowed under the law to count against the cap any person who has been in H-1B status within the previous six years.

The new law makes H-1B status “portable,” allowing for H-1B workers to transfer employers and begin working upon the filing of the new petition, without waiting several weeks for approval, as was previously the case. This provision, however, is effective only for petitions filed on or after October 17, 2000. Additionally, this provision assists beneficiaries of labor certification applications and I-140 Petitions for Immigrant Worker whose applications for adjustment of status are pending in accepting new employment without penalty. If the I-485, adjustment of status application, has been pending more than 180 days, the worker may change jobs without losing the validity of the underlying I-140 or labor certification.

Although the H-1B law may be the last opportunity Clinton will have in office to be involved with landmark immigration legislation, his statements on the bills were very hopeful for the upcoming year. President Clinton reaffirmed his commitment to passing legislation that would reinstate INA Section 245(i), which allows for the adjustment of status of certain persons currently our of status upon the payment of a fine.

Clinton also endorsed the proposal made earlier this year by Vice President Al Gore to amend the “registry date” to allow persons in the United States since prior to 1986 to file for permanent resident status in the United States. Touted as a “new amnesty,” the registry amendment, along with the reinstatement of 245(i), would restore hope to hundreds of thousands of Immigrants left without legal means to become permanent residents of the United States after the 1996 “Illegal Immigration Reform and Immigrant Responsibility Act” (“IIRAIRA”).