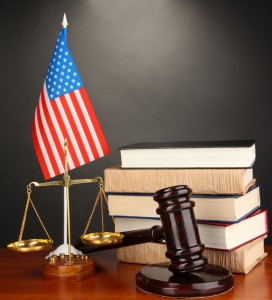 In October 2000 Pres. Clinton signed a bill easing the requirements for foreign-born children of US Citizens to acquire citizenship.

On October 30, 2000 President Clinton signed a bill into law that will ease the requirements for foreign-born children of United States Citizens to acquire citizenship and provides for a waiver for unlawful voting and false claims to citizenship. This signing is the latest in a series of important immigration amendments sponsored by the Clinton-Gore administration to alleviate the hardships visited on immigrants by the 1996 amendments to the Immigration and Nationality Act.

Since the United States Immigration Law was first established, there have been provisions for the acquisition of United States citizenship by foreign-born children of United States citizen parents. These laws have been amended many times over the years; however, the date of the child’s birth controls as to what law must be looked at to determine whether a particular foreign-born child acquired citizenship at birth. Additionally, the law allows for children of United States citizens to “derive” citizenship upon the naturalization of one or both of their United States Citizen parents. These issues can be quite complex, such that questions of eligibility should only be addressed to a competent immigration attorney, whose understanding of the law is apparent from an initial consultation. Unfortunately, these laws at times seem arbitrary and unfair, resulting in seemingly identical cases having opposite outcomes.

In order to ease some of these difficulties, the new law will grant automatic citizenship to any foreign born child when at least one parent is a citizen, by birth or naturalization, the child is under 18, and the child is residing in the U.S. in the legal and physical custody of the citizen parent pursuant to an admission for lawful permanent residence. Unlike most prior versions of the law, this law will apply to adopted children as well as natural born children of United States citizens.

The new Clinton law also provides a waiver of the criminal, deportation, and inadmissibility grounds for certain aliens who unlawfully vote or make false claims to citizenship. As of 1996, aliens making “false claims to citizenship” for the purposes of obtaining any benefit under state or Federal law are inadmissible to the United States. The 1996 amendments did not provide for a waiver of this ground of inadmissibility, thus creating a permanent bar to admission to the United States. The waivers will only be available to aliens whose parents are or were United States citizens, if the alien permanently resided in the United States prior to attaining the age of 16, and the alien “reasonably believed” that he was a citizen or was entitled to vote at the time the violation occurred.

While not completely solving problems with the 1996 amendments, the new bill takes another bite out of the immigration laws, replacing hard-line penalties with fairness and forgiveness. As the country becomes more aware of the arbitrary and unfair situations the 1996 laws created, the political process will require that politicians vote wisely toward amending these laws, should they resolve to be reelected.