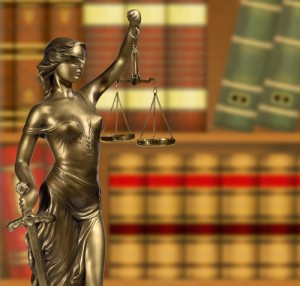 “Unlawful presence” is time spent in the United States following entry without inspection or after the expiration of an alien’s I-94.

Although over three years have passed since Congress created the dreaded “3 and 10 year bar” to reentry in 1996, the INS still has not promulgated regulations regarding the law. In the absence of such regulations, attorneys have relied on a patchwork of official and unofficial memoranda from the INS to advise people as to whether they are accruing “unlawful presence,” subjecting themselves to the three and ten-year bars. The INS’ latest policy memorandum offers a favorable interpretation of the “tolling” provision of the law, which exempts periods of time during which certain applications for extension or change of status are pending with the INS from consideration as “unlawful presence.”

The “3 and 10 year bar” to reentry was created in 1996 as part if the Illegal Immigration Reform and Immigrant Responsibility Act (“IIRAIRA“). The law states that an alien who accrues more than six months, but less than one year of “unlawful presence” in the United States, will be barred from readmission to the United States for a period of three years, and any alien having accrued more than one year of such “unlawful presence” will be barred from readmission for ten years.

“Unlawful presence” is time spent in the United States following entry without inspection or after the expiration of an alien’s I-94. The law only bars “readmission,” however, such that it does not apply to individuals who never depart the United States. Many people who are or will be eligible for adjustment of status under INA section 245(a) or (i), may apply for adjustment of status in the United States and will not be affected by the bar. Those who are not eligible for adjustment, e.g. people seeking permanent resident status through other than immediate relative petitions and who are not “grandfathered” under 245(i),” must avoid the accrual of unlawful presence, since they must depart the United States and obtain an immigrant visa if they ever are to become lawful permanent residents.

The law also states that an individual does not accrue “unlawful presence” if he has timely filed an application for change or extension of status. In writing the statute, Congress limited the tolling period to a maximum of 120 days. Thus, if INS required longer than 120 days to adjudicate an application for extension of status, as is typically the case in most B-1/2 or F-1 student extensions, people would accrue “unlawful presence” without being aware. This result seemed patently unfair to immigration practitioners, whose clients abided by the law and timely filed their extensions, but would not receive a decision in time to know if they were risking a potential 3-year bar to readmission.

The INS’ memorandum, recognizing that Congress may have been under the impression that 120 days was ample time for decisions to be made on applications for extension of status, opines that the period of stay authorized by the Attorney General includes the entire period during which an application for change or extension of nonimmigrant status is pending.

The INS also reaffirmed that periods spent in the United States under an order of voluntary departure, in refugee or asylee status, while an appeal of a denial of an amnesty or special agricultural worker application is pending, or while an application for adjustment of status is pending, do not count towards any period of “unlawful presence.”

The INS’ interpretation of the tolling period is a victory for nonimmigrants in the United States seeking to extend or change their status in the United States, but who would otherwise have been fearful of the risk of incurring bars to readmission. This memorandum represents an important milestone in the fight to cut back against the harsh provisions of the 1996 law.