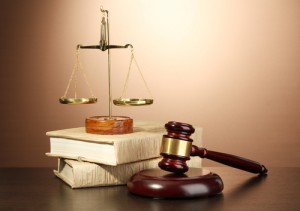 In keeping with an INS directive earlier to improve productivity at INS regional processing centers, the California Service Center announced some new reforms.

In keeping with an INS directive earlier this year to improve productivity at the four INS regional processing centers, the California Service Center announced some rather sweeping reforms. The Service Center has been plagued with delay problems, such as I-140 Petitions for Immigrant Workers taking as long as 15 months to adjudicate. The recent announcement is the product of both the Business lobby and the immigration bar’s long-term campaign for change at the CSC.

Finally, the CSC has agreed to expedite adjudication of I-140 Petitions for Alien Workers, where the principal worker’s priority date is current, and a dependent beneficiary is in danger of “aging-out.” Children of principal beneficiaries lose eligibility to adjust status to permanent resident upon reaching the age of 21 years. In the past several years, perhaps thousands of “age-out” victims have lost their eligibility for green cards due to delays in the processing of I-140s, including delays attributable to overseas and domestic investigations.

The CSC has resumed processing I-485, Applications for Adjustment of Status, many of which had been placed on hold for years. Cases involving nurses, on which Congress imposed the additional requirement that a Visa Screen certificate be obtained prior to admission to permanent resident status, had been pending as long as four and one half years prior to the recent initiative. Curiously, the CSC has decided to prioritize cases in which fingerprint clearances will be expiring in the next three months, as opposed to “first-in, first-out.” While this policy will avoid the inconvenience of re-fingerprinting to many applicants, it neglects the cases of thousands of people whose cases have been in line longer.

With respect to decision-making, the CSC has abandoned its policy of flatly denying petitions such as I-129 petitions for H-1B and L-1 workers. Although regulations provide a procedure through which the INS may request additional evidence if a petition is not clearly approvable; or issue a Notice on Intent Deny (“NOID”) if the Petition appears to be deniable, the INS had been issuing summary denials in many cases.

This policy placed many employers in the unfair and untenable position of not knowing whether to hire a new worker while the Petition was on appeal. Additionally, the sheer volume of appeals to the Administrative Appeals Office (“AAO”) has stalled processing time on appeals to one year or longer. The AAO probably encouraged the new policy, which calls for the issuance of Requests for Evidence and NOIDs if the case is not to be approved on first blush.

The proposed changes surely will benefit immigrants and employers wishing to hire them under long-overdue petitions. The problem of delays will not be solved however, unless these changes become permanent. In the meantime, lawyers will have to resort to the procedures currently in place and legal remedies available for cases that reach the critical point.