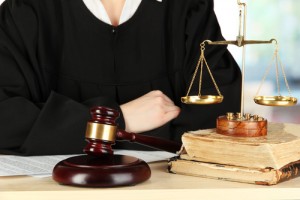 After the Supreme Court struck down the DOMA’s definition of “marriage” in Windsor v. US, the Board of Immigration Appeals (BIA) has followed suit.

Just weeks after the US Supreme Court struck down the Defense of Marriage Act’s (DOMA) definition of “marriage” in Windsor v. US as a union between male and female spouses, the Board of Immigration Appeals (BIA) has followed suit. On July 17, 2013, the BIA issued its decision in Matter of Zeleniak, holding that DOMA is not an impediment to the recognition of same-sex marriages under the Immigration and Nationality Act (INA). The decision in Zeleniak now makes clear that as long as a same-sex marriage is valid in the State or other jurisdiction where entered into, the marriage is legally valid for US immigration purposes.

Late last month, the US Supreme Court issued its decision in Windsor v. US, which ruled that the Federal DOMA, passed in 1996, is unconstitutional. The decision, in holding that each of the 50 states may define “marriage” according to their own terms, logically would allow for the extension of immigration benefits based on same-sex marriages entered into in those states that have legalized such marriages.

The issue in the Windsor case, however, arose when the surviving spouse in a same-sex marriage recognized in the State of New York was denied a Federal Estate Tax exemption under Section 3 of DOMA. DOMA amended the Dictionary Act, which is a law providing rules of construction and definitions for over 1,000 federal laws, by defining the terms “marriage” and ” spouse” as excluding same-sex partners. Windsor paid $363,053 intestate taxes and sought a refund, which the Internal Revenue Service denied, which gave rise to the litigation case.

On the heels of the Windsor decision, the BIA issued its decision in Zeleniak, which is consistent with the Windsor Court’s ruling. In Zeleniak, the USCIS District Director denied the I-130 visa petition of a US Citizen filed on behalf of his same sex foreign national beneficiary. The case had previously been denied by the USCIS District Director in 2012 and the BIA remanded then for a determination as to whether the marriage, in the first instance, under the laws of Vermont; and if so, whether the DOMA prohibited the USCIS from recognizing the marriage under the INA. The Vermont District Director, however, denied the petition on remand under the DOMA.

While the Zeleniak petition was up on appeal for the second time, the US Supreme Court issued its decision in Windsor, striking down the DOMA’s prohibition of same-sex marriage as unconstitutional. The definition of what constitutes a legal marriage is within the province of State law. Therefore, if a same-sex marriage is acknowledged in the State where it is entered into, the marriage is valid under the INA and creates a petitionable relationship.

The BIA, however, again remanded the petition in Zeleniak to the USCIS to determine whether the marriage was in fact “bona fide,” which is an inquiry in any marriage case, as a marriage that is entered into for the sole purpose of providing an immigration benefit to the beneficiary is deemed fraudulent. A finding of marriage fraud creates lifelong problems for the Beneficiary, since the INA bars approval of any subsequent visa petitions, family-based or otherwise, on his behalf.

Currently, 13 States and the District of Columbia recognize same-sex marriage, including California. There are an estimated 36,000 same sex bi-national couples in the United States, and those families include 25,000 children. The Supreme Court’ and BIA’s recent rulings should guarantee all couples lawfully married in those jurisdictions equal rights in the context of Federal benefits, including the right to be petitioned for lawful permanent resident status as the spouse of a US Citizen.