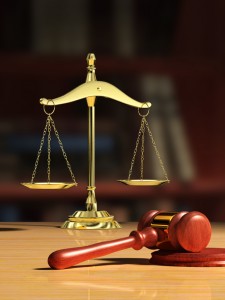 The Ninth Circuit Court of Appeals in Gorbach v. Reno has reversed an earlier ruling, which held that the INS’ “administrative denaturalization” rules were unauthorized.

Last year, the Ninth Circuit Court of Appeals in Gorbach v. Reno reversed the ruling of a Washington District Court Judge, which had held that the INS’ “administrative denaturalization” rules were unauthorized, and enjoined the INS from proceeding against any individual. The INS rule, which was originally published in 1996, purported to implement a change Congress had made to the naturalization statute two years earlier. While the Ninth Circuit upheld the INS’ rule in principle, THE rule’s Constitutionality could be challenged in practice. The INS published a modification of the rule April 4, 2000, requiring the INS to meet a higher burden of proof to institute administrative denaturalization proceedings.

The rule requires that the INS issue a Notice of Intent To Revoke (NOIR) Naturalization within 2 years of the date naturalization was granted, if it believes that the above conditions exist. The burden of proof would then shift to the individual to prove that he was in fact eligible for naturalization.

Prior to the publication of this rule, it was estimated that some 4000 cases were held in the balance, awaiting INS’ decisions as to whether denaturalization would be appropriate. Should the INS elect to proceed against these individuals, they will still be permitted to present their defenses in the reopened naturalization proceedings.

While Federal Court review will be available to any individual who INS strips of his citizenship, it make take well over one year to battle the INS’ denaturalization effort through the administrative process.