Appeals Court Upholds Injunction against the Executive Action on Immigration 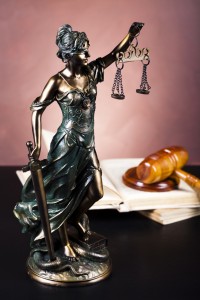 Yesterday, the 5th U.S. Circuit Court of Appeals in New Orleans delivered a significant setback to the Obama Administration’s executive action on immigration, ruling in a 2-1 vote to uphold the injunction blocking the action.

This ruling continues to place about 5 million undocumented immigrants in the U.S. in limbo, making the possibility of deportation a real threat for them.

Background on the Injunction

President Obama issued the executive action on immigration in November 2014 in response to the stalled progress of immigration reform in Congress. Scheduled to take effect this past February, this executive action would have granted deportation relief to an estimated 5 million undocumented immigrants in the U.S.

One day before the action was to be rolled out, however, Judge Andrew S. Hanen in Texas issued an injunction to block the action. This injunction has been supported by 26 states, as well as Republicans, all of whom believe that the President has overstepped his authority in issuing the action.

In the written opinion for the majority, Judge Jerry E. Smith explained that Texas had sufficiently proven that the executive action on immigration would generate substantial costs for states and that this action undermines the will of Congress.

If permitted to go into effect, DAPA would enable at least 500,000 illegal aliens in Texas to satisfy that requirement with proof of lawful presence or employment authorization… Texas subsidizes its licenses and would lose a minimum of $130.89 on each one it issued to a DAPA beneficiary. Even a modest estimate would put the loss at several million dollars… Congress did not intend to make immune from judicial review an agency action that reclassifies millions of illegal aliens in a way that imposes substantial costs on states.

Opinions on the Appeals Court’s Ruling

In response to the appellate court’s recent ruling, the U.S. Justice Department noted via Spokesperson Patrick Rodenbush that:

The department is committed to taking steps that will resolve the immigration litigation as quickly as possible in order to allow DHS (Department of Homeland Security) to bring greater accountability to our immigration system by prioritizing the removal of the worst offenders, not people who have long ties to the United States and who are raising American children.

Today, the Fifth Circuit asserted that the separation of powers remains the law of the land, and the president must follow the rule of law, just like everybody else…Texas, leading a charge of 26 states, has secured an important victory to put a halt to the president’s lawlessness.

What do you think about this recent ruling and the continued halt on the executive action on immigration? Share your opinions with us on Facebook & Google+.

Do you need help with any immigration issues? If so, you can turn to a Los Angeles immigration lawyer at the Hanlon Law Group, P.C.