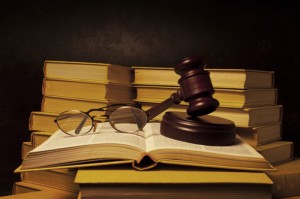 Under the Deferred Action for Childhood Arrivals program, undocumented immigrants can receive a temporary two-year reprieve from the possibility of deportation.

Recently the government released figures on the number of young people who had applied for relief under the Deferred Action for Childhood Arrivals program. As of April 30, the number of young undocumented immigrants applying for the program reached approximately 515,000, according to the U.S. Customs and Immigration Service. Of this figure, more than 141,000 applications were from California.

Since last August, the program has made it possible for many young people to receive a temporary two-year reprieve from the possibility of deportation. It also allows them to obtain a driver’s license and work legally. The Senate continues to debate immigration reforms, but it is possible that young immigrants who meet the deferred-action criteria could seek citizenship and permanent legal residency after five years if immigration reform passes and is signed into law.

The speed with which the agency decides applications picked up from the beginning of the year. In January, roughly 150,000 young immigrants received deferred action. As of the end of April, the number almost doubled as the USCIS reported 291,859 people were granted deferred action.

What are the requirements of the program?

Age requirements are important. You need to be younger than 31 as of June 15, 2012 to be eligible for the program. A passport, birth certificate or school identification with a photo all are evidence to support your age. In addition, you would have needed to arrive in the U.S. before turning 16. This might be more difficult to prove, but an admission stamp, Form I-94 or travel records will generally support when you entered the country.

Continuous residency for the last five years and presence in the U.S. on June 15, 2012 and at the time of making the request are important. Rent receipts, school records and bank account information are ways to prove how long you have been in the country. The program also requires proof that you are currently in school, have a high school diploma or GED. Military service is also accepted.

When to consult an attorney

Filing requires several immigration forms and a fee that cannot be waived. You will want to ensure that you have sufficient documentation to support your request the first time. If you have ever had criminal charge or a conviction, it could mean that you are ineligible. The rules are complex and an attorney can advise of the immigration consequences of the charge or conviction.

If you traveled outside the U.S. between 2007 and 2012, it could affect your continuous residency. Travel that was brief, innocent and casual, however, will not usually interrupt your continuous residence. Traveling before receiving a decision on your application is in effect the same as withdrawing the application. Once the USCIS grants your deferred action request, you will still need to apply for advance parole before traveling.

An experienced immigration attorney can provide information about filing requirements, as well as review documents you submit with your application. Making sure the I’s are dotted and T’s crossed is one way to speed a decision.