Adjustment Of Status For “T” And “U” Visa Holders

Adjustment Of Status For “T” And “U” Visa Holders 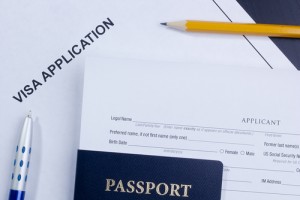 The USCIS has finally issued a rule allowing holders of “T” and “U” visa status to apply for “adjustment of status” to green card.

The USCIS has finally issued a rule allowing holders of “T” and “U” visa status to apply for “adjustment of status” to green card. Based on the Victims of Trafficking and Violence Protection Act Congress passed in 2000, the new rule will work to further protect the humanitarian interests of victims of trafficking and serious crimes, as well as provide assistance to law enforcement in investigating crimes and bring the perpetrators to justice. The new rule will go into effect on January 7, 2008.

The T visa provides immigration status and protection to people who have been victims of severe forms of human trafficking. The U visa is available to crime victims who have suffered physical or mental abuse and are willing to help police and government officials in the investigation of crimes, including domestic violence, sexual assault, and alien trafficking.

Under the new rule, a T visa status holder will be eligible to file an application for adjustment of status to green card if he has been admitted to the US in T status and has been physically present in the US for at least three years since admission in T status, or has been continuously present during the period in which an investigation and prosecution of traffickers was taking place. The T visa must also be able to show his “good moral character” and continued commitment to assist law enforcement in the investigation of trafficking, or demonstrate that he would suffer “extreme hardship” if he were removed from the US.

The U visa applicant must show that he has been lawfully granted U status, has been continuously present in he US for three years since having been granted that status and has no refused to provide reasonable assistance to law enforcement in any criminal prosecution or investigation. While the application for adjustment of status is pending, both T and U visa applicants would be eligible to obtain an employment authorization document (EAD) and advance parole, in order to travel abroad while the application remains pending.

In accordance with the Congressional mandate, the T and U visa categories should be used generously in order to prosecute criminals engaged in the most heinous conduct. The victims of these crimes will provide law enforcement with necessary information to prosecute successfully the offenders, while gaining assurance that their interests will be protected in the US. The new rule limits the number of T visa applicants who may adjust annually to 5000; however, there is no limit on the number of available U Visa adjustment applications.