Skip to content
Home/7,000 Child Deportations Have Caused a Due Process Crisis, Some Say

7,000 Child Deportations Have Caused a Due Process Crisis, Some Say

Since 2013, about 7,000 South American children who reportedly had entered the U.S. illegally have been deported without ever having appeared in court. Dozens of immigrant and children’s advocacy groups are now stepping forward to try to:

Among those who are spearheading these efforts is Wendy Young, president of the advocacy group Kids in Need of Defense. As she has stated about this controversial issue, “what was a border crisis has now become a due process crisis.”

Background on the Child Deportations 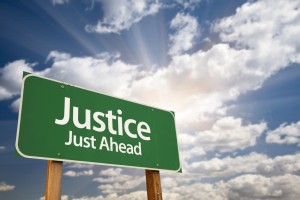 Since 2013, about 7,000 children have been deported from the U.S. without appearing in court. Is this a due process crisis? Will there be justice for these children?

Since around September 2013, large numbers of unaccompanied children started entering the U.S., crossing at the U.S.-Mexico border, in order to flee gang violence in their home countries of South America (primarily from Honduras and El Salvador). Many of them had made the long and dangerous journey because they had been told that they could safely enter the U.S. because immigration laws weren’t being enforced.

This massive influx of immigrant children, coupled with the news of why they were coming to the U.S., led to some urgent calls for serious government action. One step taken included opening up more than 62,300 child deportation cases (from October 2013 through January 2015).

In more than 7,700 of these cases, children were ordered to be removed from the U.S. when they had not appeared in court. While it’s currently unknown how many of these children knew about their court orders and intentionally did not show up, there has been a lot of documentation regarding the facts that, in many cases, court orders:

While the American Civil Liberties Union (ACLU) has already filed a lawsuit against the government regarding these alleged due process violations, it remains to be seen what types of remedies may be offered to children who have already potentially had their due process rights violated and, consequently, have already been deported.