4 Ways of Losing Status as a Lawful Permanent Resident

4 Ways of Losing Status as a Lawful Permanent Resident

Once this status has been secured, however, certain actions have to be taken to maintain it, otherwise it will be lost.

Below, we’ll point out some of the common ways of losing lawful permanent resident status. For those who need assistance obtaining or maintaining this status – or making any change to their immigration status, contact a Los Angeles immigration lawyer at the Hanlon Law Group today.

Lawful Permanent Resident Status Can Be Lost By… 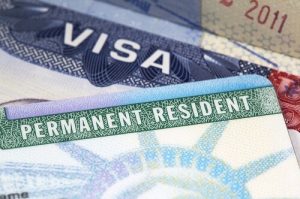 Committing fraud – In other words, lying on any USCIS forms, during USCIS interviews, etc. can constitute fraud and can be grounds for USCIS to strip someone of their lawful permanent resident status. A common act of fraud that can lead to the loss of this status, for instance, is faking a marriage for a green card.

Do you need help securing a green card or resolving any immigration issues? If so, you can turn to an experienced Los Angeles immigration lawyer at the Hanlon Law Group, P.C. For more than 15 years, our lawyers have been successfully representing clients in various types of immigration cases, including those that involve the most basic immigration applications to those associated with extremely complicated federal court litigation.

To learn more about our citizenship, immigration and deportation defense services contact us today by calling (626) 684-3712 or (866) 227-5527 or by emailing us using the form at the upper right-hand side of the screen. From our office in Pasadena, we serve clients throughout the Los Angeles area, across the state of California and from around the world.